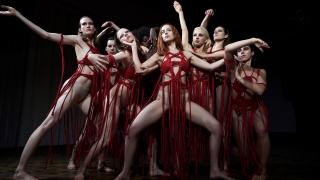 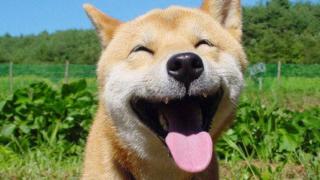 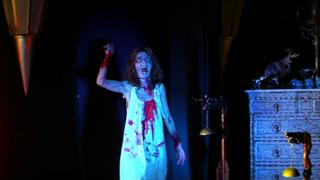 Shelf Space: "The Bird with the Crystal Plumage" Blu-ray Review

The idea has been kicking around for a while and now it looks like MTV will in fact be bringing "Scream" to the small screen. No confirmation on if Wes Craven will have anything to do with the project but it looks like a pilot is moving forward and if it's picked up the hour long series would hit the tube sometime next Summer. Live every day like it's your last my friends. Every god damn day.

It was only a matter of time before Guillermo del Toro and Chuck Hogan's vampire trilogy "The Strain" made its way from the pages up to the big screen and now it looks like Corey Stoll has landed the lead in the adaptation. Stoll will play a doctor who teams up with a small group to battle a vampire clan that has taken over the world. I've read these books. I'm smart.

August 8, 2014 will be the day that Universal Pictures finally drops "Dracula", a new film about a man who find himself turning into a wolf every time there's a full moon, into theaters. Wait no, that can't be right.

Want to go see Goblin perform the entire "Suspiria" soundtrack live in Austin Texas this summer? Me either! What if I were to tell you tickets were $175 bucks? I know I want to see them even less now too!

It must be awful to be Chloe Grace Moretz's parents. She seems to be really good at things and I feel like she would be disgusted with me when she comes home after doing something awesome and I'm sitting on the couch wrapping up a 20 McNugget box. Now she's landed the lead in the big screen adaption of "If I Stay", a new film about a girl who can only remember the events after a serious car crash she is involved in. She'll probably be awesome too. So awesome that the only thing I could do to match her is eat 3 snack wraps after I finish the McNuggets. They're so good.

I have never understood the love for Dario Argento’s "Suspiria" but maybe that's because I love freedom and think the ballet is stupid and gross. None the less though I was kind of interested to see what was going to happen with the remake but according to director David Gordon Green the film may never get off the ground. Looks like the film is caught up in all kinds of legal mumbo jumbo and probably won't be made. To best honest "legal trouble" kind of sounds like "I was baked when I said I wanted to remake this movie and now I need to find a way out". But what do I know.

There are probably 4 people on this planet that actually give a crap about the WWE's reboot of "Leprechaun" but damn it all if that is going to stop them. To their credit though the gang behind the film say it will be a lot darker and more of a traditional horror film then the original. So that's something right? To be clear 1 of the 4 people is Mark from the podcast. He gets so excited. His little arms just get all a flutter in his size XS Stone Cold t-shirt.

I have never seen a version of "The Legend Of Sleepy Hollow" tale I did not like. To be fair though I've only seen 2 and 1 of them was a Disney cartoon. Now it looks like those crazy freaks over at Fox are rolling on a pilot for a new show based on the classic headless horseman tale. "Underworld" director Len Wiseman will lead the pilot and I swear if there's not a talking frog and possibly a singing bug of some sort I will hunt him down and give him a stern talking to. 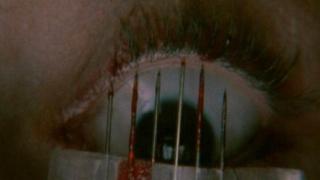 Isabelle Fuhrman will always be the creepy little girl from "Orphan" to me. Except when I read "Orphan" quickly and think it says Oprah. Then I just get really really confused. Especially when I read Oprah is going to be starring the "Suspiria" remake. So just to recap, Oprah is not starring in remake of Dario Argento's classic film "Suspiria". Isabelle Fuhrman who was in "Orphan" will be. And they're both creepy. but for different reasons.

The cast of the "Carrie" remake looks to be shaping up nicely with both Alex Russell and Ansel Elgort in talks to take on roles in the film. I have no idea who either of those guys are and I think one of them does Broadway crap so I'm kind of happy about that. Good talk huh?

"Contagion" writer Scott Z. Burns has been tapped to pen the script for the upcoming sequel to 2011's "Rise of the Planet of the Apes". Rupert Wyatt, who directed the first film will also take the director's chair this time around. Also, Andy Serkis, who jumped around in a suit to bring Caesar the ape to life will return and most likely spawn a bunch of ridiculous talk that a guy who rolls around on the ground in a leotard should get an Oscar.

Everyone's favorite little spark plug Amy Adams is in talks to play the lead in a new film called "Dark Places". Adams would be Libby Day, a woman who becoming involved with a secret society that's obsessed with the strange murder of her family some 25 years ago. Can she look adorable while visiting her convicted brother in prisons? All signs point to yes.