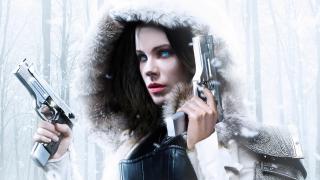 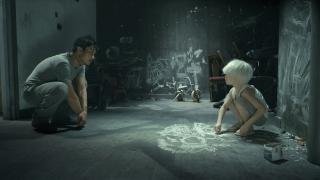 It must be awful to be Chloe Grace Moretz's parents. She seems to be really good at things and I feel like she would be disgusted with me when she comes home after doing something awesome and I'm sitting on the couch wrapping up a 20 McNugget box. Now she's landed the lead in the big screen adaption of "If I Stay", a new film about a girl who can only remember the events after a serious car crash she is involved in. She'll probably be awesome too. So awesome that the only thing I could do to match her is eat 3 snack wraps after I finish the McNuggets. They're so good.

I have never understood the love for Dario Argento’s "Suspiria" but maybe that's because I love freedom and think the ballet is stupid and gross. None the less though I was kind of interested to see what was going to happen with the remake but according to director David Gordon Green the film may never get off the ground. Looks like the film is caught up in all kinds of legal mumbo jumbo and probably won't be made. To best honest "legal trouble" kind of sounds like "I was baked when I said I wanted to remake this movie and now I need to find a way out". But what do I know.

There are probably 4 people on this planet that actually give a crap about the WWE's reboot of "Leprechaun" but damn it all if that is going to stop them. To their credit though the gang behind the film say it will be a lot darker and more of a traditional horror film then the original. So that's something right? To be clear 1 of the 4 people is Mark from the podcast. He gets so excited. His little arms just get all a flutter in his size XS Stone Cold t-shirt.

I have never seen a version of "The Legend Of Sleepy Hollow" tale I did not like. To be fair though I've only seen 2 and 1 of them was a Disney cartoon. Now it looks like those crazy freaks over at Fox are rolling on a pilot for a new show based on the classic headless horseman tale. "Underworld" director Len Wiseman will lead the pilot and I swear if there's not a talking frog and possibly a singing bug of some sort I will hunt him down and give him a stern talking to.

I had this whole funny idea for compareing Kate Beckinsale dropping news that she probably won't do another "Underworld" movie to some of the worst disasters in history. But when I thought more about it saying this news is as devastating as well... ya know something really bad where a lot of people died is probably not so cool. I think I'm growing up.

If you've listened to a word I've said over that past few months you'd know that NBC is hard at work on their new series "Hannibal", based on the beloved man eater from "Red Dragon". If you didn't know that then I think we may need to see other people. Might I suggest Caroline Dhavernas and Aaron Abrams who have recently been added to the cast of the show as a professor and crime scene investigator. See how I made that happen? You're going to miss my musk.

Alright, I'm just going to come out and say it. For years I hated Drew Barrymore. I honestly don't even remember why at this point. But now I'm older and wiser and I don't care either way about her. Wow, it feels good to get that out there. The news here though is that Drew (I'm going to call her Drew now that we're BFF's) is in talks to direct, yes, direct, a new film titled "The End" which focuses on the more human side of the end of the world. Good for her. I couldn't be happier.

A sequel to "Prometheus" is officially in the works and planned for a 2014 or 1015 release. In related news tomorrow I'll probably get drunk.

Needless to say, this one divided the crew...

Kate Beckinsale's toosh wins the day, plus a preview of the week to come

There's some new photos from "Scream 4" online and it might just be me but Courteney Cox is slowly starting to look like the Ghostface guy. I think I just figured out the ending! They're twins separated at birth. Genius!

This might be the most exciting news ever invented! Kate Beckinsale will be returning as Selene in "Underworld 4" after sitting out the last installment of the series. Are you sitting down? I should have told you to be sitting down. I'm sorry if you fainted and hurt yourself.

Guillermo del Toro is keeping his fingers crossed that he can cast Ron Perlman in his next flick, "At The Mountains Of Madness". The film is based on the H. P. Lovecraft novella of the same name and will apparently be in full on 3D. Ron Perlman in 3D? Get ready ladies!

Chloe Moretz, who you know from "Kick Ass" and "Let Me In" has landed the lead role in the upcoming big screen adaptation of the popular comic book "Emily the Strange". Exciting news for her, but even more exciting news for us in 10 years when she starts doing smack and goes off the deep end. I can't wait!