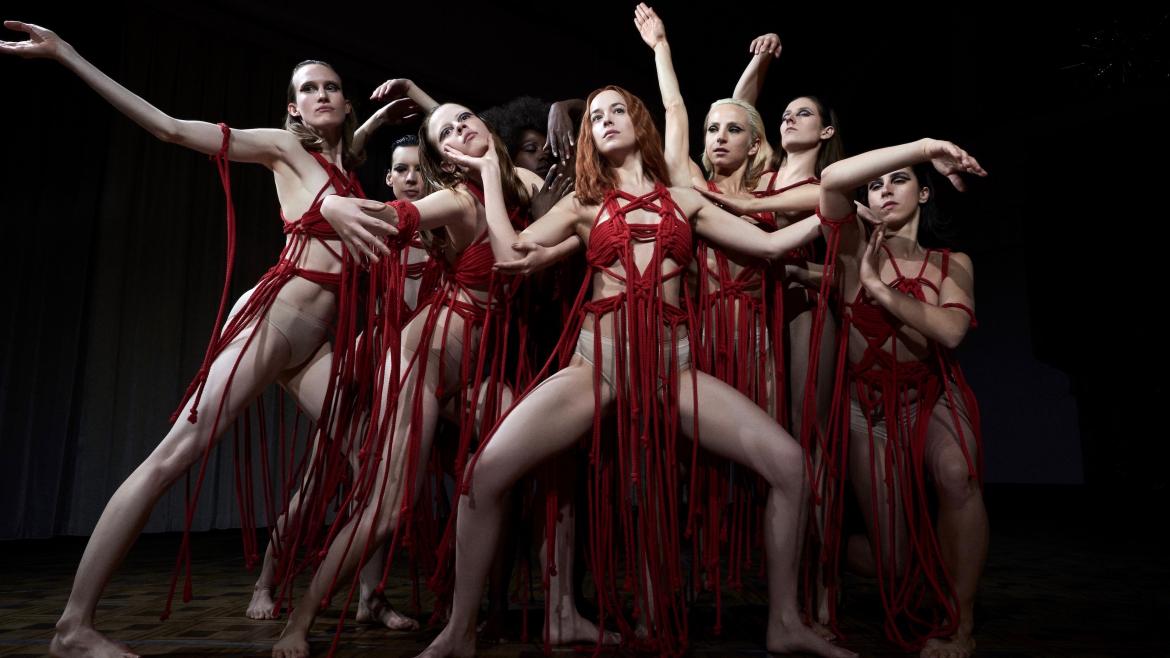 Dario Argento’s 1977 classic Suspiria is undoubtedly a contentious film in the horror community. While some genre aficionados have praised it to the point of calling it required horror homework, others have categorized it as overrated at best. That’s not exactly a bad thing. Its divisive nature is actually what made it perfect to be remade, as it gives another director a chance to reexamine the 70’s coven of colorful witches and possibly create an experience that will be more widely praised. Making things even more interesting, Luca Guadagnino, the man behind last year’s dramatic shaker Call Me By Your Name, took the reigns on this project, meaning there was a low chance quality would be a missing ingredient.

The overall praise that this new Suspiria deserves right off the bat is that it’s wholly original. Guadagnino took the already bare-bones plot displayed in the original version and repurposed it to pack in stellar performances, social and political commentary, and, of course, more witchcraft. Gone is the punk rock, electric color palette of Argento’s vision, and instead, viewers are treated to a somewhat bland but visually compelling aesthetic from Guadagnino. It’s mostly browns, blacks, and whites, but their muted natures make every other color pop, driving home the somber, realistic tone that runs through Suspiria.

Perhaps what draws more of a stark contrast from Argento’s version is the meaty, albeit overly complicated plot. Many aspects remain the same, such as the dance school setting, constant disappearance of girls from the academy that learn too much, and the group of witches that are hiding in plain sight amongst the students. However, several subplots about the Red Army Faction bombing Berlin, a doctor’s search for his long-missing wife, and a flashback sequence to Susie Bannion’s (Dakota Johnson) childhood in Ohio keep the focus away from the coven at times. All the story threads do weave together for an intriguing and mysterious experience, but their overall connection feels empty and haphazardly thrown together. At times, the references to political activities and Susie’s past trauma make for a somewhat frustrating watch, especially since the film’s final act goes so far into camp that any social commentary that’s been on display essentially gets thrown out.

That’s not to say Guadagnino’s take is a mess. When the interpersonal drama mingles with the witchcraft, that’s when the film hits its highs. The most gripping moment centers on Susie’s first performance for the academy’s troupe, which reveals her direct tie to the coven and their powers. As she pours her heart and soul into the dance, a dancer that recently accused Madame Blanc (Tilda Swinton) of being a witch, is whipped about to the point that her entire body is mangled into a pile of skin and bodily fluid. These types of visceral visuals pop up occasionally throughout the lengthy runtime, but it wouldn’t have hurt to have more to really give it a style that could match or possibly even outdo Argento’s horrific scenes.

The performances are stellar across the board, which is no surprise considering Guadagnino’s track record for using his actors to the best of their abilities. Swinton delivers a haunting but surprisingly warm take on Blanc, blurring the line between strict Madame and free-spirited mentor. Johnson gives perhaps her best performance yet, as her transformation from vulnerable ingénue to confident soloist is equally compelling and unexpected. The other notable characters fit snuggly in with Swinton and Johnson’s powerhouse skills, making the entire twisted tale feel that much more realistic.

In the end, Guadagnino’s vision of Suspiria is slightly more palatable for modern audiences when compared to Argento’s. It has its lofty concepts that don’t work, while also offering several memorable and chilling representations of the occult looming over a war-torn Berlin. Sadly, everything doesn’t come together as it should, and there are still stylistic choices that feel forced in an attempt to match Argento’s technicolor fantasy world. Much like the 1977 original, it won’t please everyone but should be given credit for sticking to its wild realism.