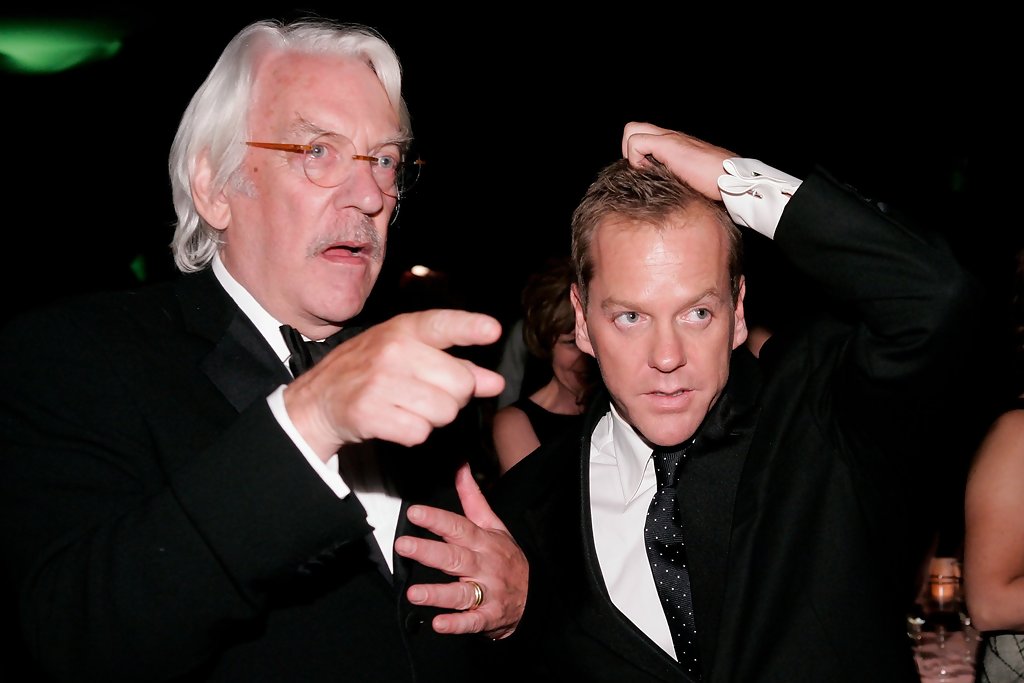 The Family That Slays Together, Stays Together: Horror Movie Legacies

Andrew walks us through a thicket of horror family trees from Scream Queen legends to the offspring of Hollywood royalty.

Horror legend Jamie Lee Curtis epitomizes the “Scream Queen” title. The original Halloween, Terror Train, Prom Night, The Fog, and most recently the TV series....appropriately titled, Scream Queens. What you may not know is that she is the daughter of Janet Leigh who was one of the first Slasher victims in Psycho.

Emma Roberts has become quite the Scream Queen in recent years, apart from starring in the TV series Scream Queens with Curtis, and multiple seasons of American Horror Story she has also had her fair share of movie appearances. Scream 4, The Blackcoat's Daughter, and the tech thriller Nerve. Roberts is the daughter of one Eric Roberts, an actor who as of right now has an astonishing 467 credits on IMDB. When you get into the 400's you can bet there are a lot of horror movies in the mix. The most notable examples include The Human Centipede 3, The Prophecy 2, Raptor, and the most horrifying movie of all A Talking Cat!?!.

Yet another cast member of Scream Queens, has some horror history behind her. She is the daughter of Carrie Fisher. Her character's earmuff costuming in the show nods at her Princess Leia heritage. Despite Fisher being best known for Star Wars she does have some horror cred including appearences in Scream 3, Sorority Row (the remake), and the classic Joe Dante film The 'Burbs.

The daughter of famous Giallo director Dario Argento, has appeared mainly in her father's own movies. Mother Of Tears, Dracula 3D, Demons 2, and even non-giallo horror movies like George A. Romero's Land Of The Dead.

The daughter of comedy legend Robin Williams, Zelda (named after the video game character of the same name) Williams has started to make a career in the realm of horror. Most notably being a major character in the underrated horror series: Dead Of Summer, and Detention (2010). Despite his fame in comedy her father had multiple horror leaning appearances in films like One Hour Photo, Insomnia, and The Final Cut.

That's right Jack Bauer himself is the son of Donald Sutherland. Both Sutherland's have major credits in horror. Whether it be Donald's stunning turns in Invasion Of The Body Snatchers, Don't Look Now, or Buffy The Vampire Slayer, or Kiefer's roles in The Lost Boys, Twin Peaks Fire Walk With Me, and Dark City, this father son duo are prolific genre veterans.

That's right the daughter of one Brad Dourif (one of the creepiest actors in film history...in a good way) is following in her fathers footsteps. Dourif has worked alongside her father playing the murderous doll Chucky in the two latest entries of the series, Curse Of Chucky and the upcoming Cult Of Chucky.

The son of actor/director Anthony Perkins has made quite a splash in horror recently. With The Blackcoat's Daughter and I Am The Pretty Thing That Lives In The House both receiving critical acclaim. His father is best known for his roll as Norman Bates in the Alfred Hitchcock masterpiece Psycho. Perkin's would later get behind the camera to direct the third entry in the series Psycho 3.

Going back to Italy for our next pick which features Lamberto Bava who is the son of horror movie legend Mario Bava. Mario Bava is a legend of Italian horror, helping to kickstart the giallo genre, and giving us horror classics like Black Sabbath, and Black Sunday. His son Lamberto Bava continued the legacy director great horror films like Demons and its sequel Demons 2.

With only one film under his belt (Antiviral), Brandon Cronenberg is the son of none other than David Cronenberg. One of the few horror filmmakers who has been lauded across spectrums of taste. Plus “Cronenberg'd” is an adjective now thanks to Rick and Morty, so he's entered the lexicon.

Their Parents Aren't In Horror:

The star of I Spit On Your Grave, is the granddaughter of famous silent film star Buster Keaton. He had passed by the time the epitome of grindhouse filmmaking was released though the closest Buster Keaton got to horror was an episode of The Twilight Zone.

This star of Just Before Dawn and Wishmaster is the son of classic Hollywood superstar Jack Lemmon.

The star of John Carpenter's The Ward is the daughter of yet another member of Hollywood royalty, Meryl Streep.

An up and comer in the horror genre Keough played a key role in this year's It Comes At Night and Mad Max: Fury Road. Keough happens to be the granddaughter of Elvis Presley. That's right the "King of Rock and Roll has given rise to a "Queen of the Scream."