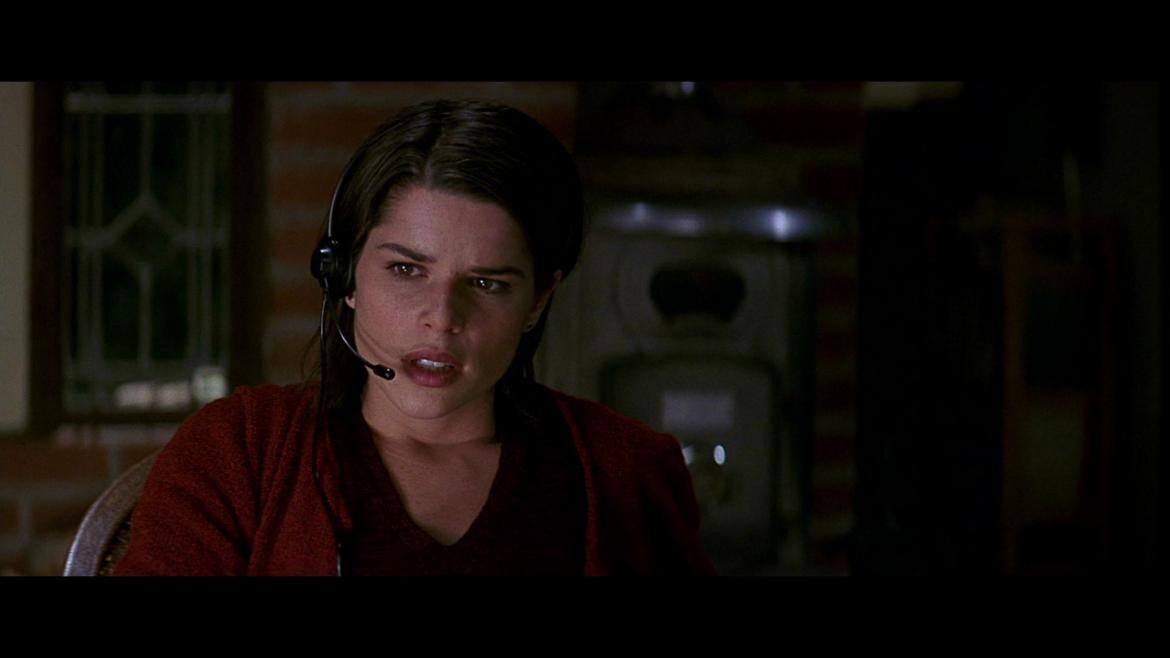 When it comes to the famous horror franchises, it's rare that a sequel or later iteration outshines the original. The true arguable exception to the rule being A Nightmare on Elm Street: Part 3 - Dream Warriors. While sequels can be fun and worth an attempt, the weight and shadow of the original is difficult to avoid. According to Randy's (Jamie Kennedy) rules of trilogies, the third and "final" installment should harken back to the original film as much as possible. Scream 3 delivers the promise of a true horror finale to the trilogy of Ghostface, however much like Scream 2, the film spends too much time competing with what came before it.

Ghostface has gone Hollywood! The residents of Woodsboro and their dealings with the past murders have been left behind in place of the fictionalized world built by Gale Weathers (Courteney Cox). The Stab films have also reached their third iteration which means plenty of meta dialogue and parallels with the actual Scream 3. The script for Stab 3 is continually changing on the struggling actors, with a majority of the pressure falling on up and coming director Roman (Scott Foley). After two of the cast are murdered in similar fashion to the script, Gale teams up with Dewey (David Arquette) on the set of the film to find the connection between the new killer and the past. Meanwhile, Sidney (Neve Campbell) is living a quiet and simple life as a crisis counselor. Once pictures of a young Maureen Prescott begin to surface at each murder, Sidney realizes she must come out of hiding and confront Ghostface one last time. Любите классный инцест брата и сестры, которые в тайне от родителей закрываются в комнате и занимаются оральными ласками, чтобы перейти к анальному траху? Тогда жмите и смотрите брат и сестра порно . Здесь возбуждающий инцест с сестрами, которые ублажают братиков своими чувственными губами, а затем подставляют выбритые дырочки для жесткого секса в самых разнообразных позах.

The great moments of Scream 3 come from the poking at Hollywood life. The constant rewrites of scripts that the actors have to endure paint that weird lifestyle of an actor but takes it to the next level as the script itself becomes the totem to reveal who will die next. The connection of the producer of the Stab films to the seedy side of Hollywood also references the prostitution and drug parties that the town has been notorious for since the beginning of the studio systems. The film also attempts to bring everything back to the original Scream and the murder of Maureen Prescott. This is an interesting approach and works well when it ties in with her time in Hollywood as a young, naive actress. The problem is once the killer is revealed and the histrionics of why Ghostface did what he did comes to light, it feels more shoe-horned than necessary. To take it even further on a meta level, the script for Scream 3 was also changed several times due to leaks online. The original scripts fit bringing back Stu or Billy as killers, and despite how unbelievable and over the top it would have been, the idea of ghosts returning would have been a nice parallel to Maureen's past coming forward.

Overall Scream 3 is a fun ride and definitely a sequel to check out. It's not better than Scream, or Scream 2 for that matter, but it fits nicely in the world of meta slasher.