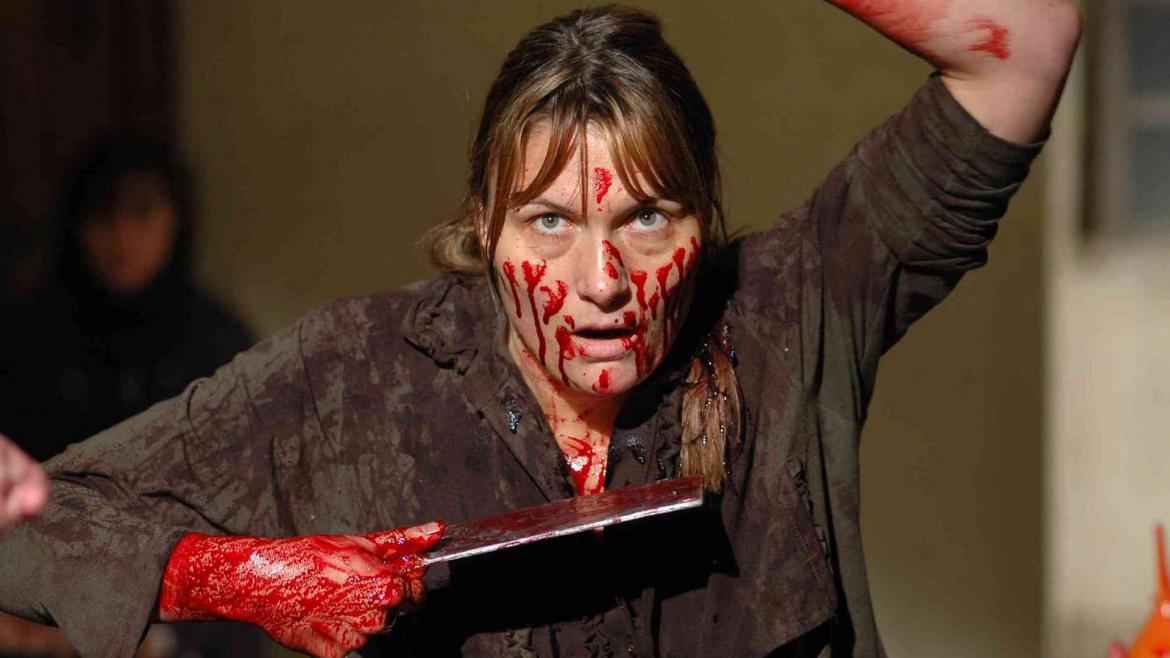 Thirty years after Suspiria, and twenty-seven post-Inferno, Dario Argento returned to complete his tale of the three mothers. The old saying “you can’t go home again” is apropos, as Mother of Tears lacks any of the visual flair of his earlier works, and is little more than a big, ugly mess.

The “story”, as it is, of Mother of Tears involves the resurrection of the Mater Lachrimarum, when a casket and an urn are dug up from a cemetery by the Catholic Church. The church sends the urn to the Museum of Ancient Art in Rome. This unearthing causes the citizens of Rome to commit all kinds of depraved acts like throwing babies from bridges and drivers murdering one another in major bouts of road rage. Fortunately, our hero, Sarah (played by Argento’s daughter Asia), an art student, just happens to work at the museum and has what it takes to battle the forces of evil. There's also a monkey, one of the better characters in the movie, who runs around with the bad guys and does bad guy monkey things.

Mother of Tears lacks the style of the first two films in the trilogy; gone are the bright colors and gorgeous lighting, replaced by a darker more “modern” aesthetic. This change to a more contemporary style does not yield dividends for Argento. The look is akin to mid-90s direct to video or the type of D-grade flicks the Sci-Fi channel used to show on Saturday nights. This also seems to be much about gore for gore’s sake. Argento’s late 70s and early 80s work was certainly filled with slit throats and beheadings, but the gore was stylized and beautiful with unnaturally bright red blood. With Mother of Tears, you can almost hear Argento saying, “The kids, they love the blood and the guts, they love the torture porn; they love the Hostel.” While there is a lot of brutality on screen, with spilled entrails galore, gouged out eyes, and spikes rammed into bodily orifices, it all comes off as more corny and cheesy than disturbing or terrifying. Add in some bad CGI, and the kills lack any of the sophistication or satisfaction of the director’s bloodlettings from decades past.

In all honesty, there’s very little to enjoy about this movie, and I had trouble getting all the way through it. It’s dumb, campy, and lacks any evidence of the qualities that draw horror fans to Dario Argento’s classics. If you’ve seen the initial two thirds of the trilogy, do yourself a favor and just skip this one. If you’re a completist or a masochist, don’t say you weren’t warned. A well-trained monkey is the only thing keeping this from getting a two out of ten rating.