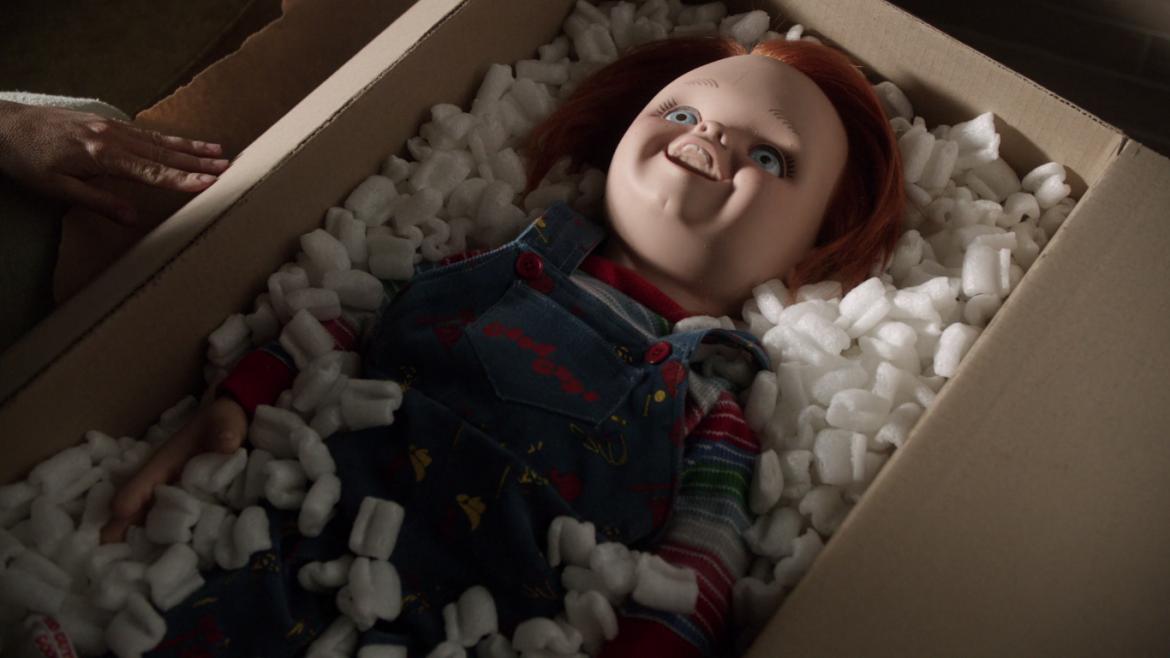 Crappy franchises are all alike, but the Child’s Play sequels are wackily great in their own way. When Don Mancini announced follow up plans to 2004’s bonkers Seed of Chucky, he mentioned a sequel as well as a remake. Fans weren’t sure which one to expect when Universal booted Curse of Chucky straight-to-video in 2013 with little fanfare, and the first time viewer’s uncertainty is part of what makes it so much fun.

After her mother commits suicide, Nica Pierce (Fiona Dourif) is overwhelmed--with the funeral arrangements, the arrival of several house guests, and family members who are desperate to move her into an assisted living facility so they can sell her huge house and collect their windfall (Nica has been wheelchairbound since birth). The last thing on her mind is the Good Guys doll that arrived mysteriously on the last day of her mother’s life. While Nica tries to deal with her family, her niece Alice bonds with the doll, thus kicking off a familiar chain of events: a lot of mysterious deaths with no obvious suspect and a child who insists that their doll is alive.

Where’s Tiffany? Where’s Glen/Glenda? What about those creepy redheaded twins Jennifer Tilly gave birth to? How did the grotesquely mangled, scarred Chucky turn back into a mint condition doll, looking almost like a Toddlers and Tiaras contestant who was conceived in the uncanny valley?

Fan reactions will be all over the place as far as this is concerned--some will be praising the horror movie Gods that we have a scary Chucky movie for the first time in 25 years, while others will be disappointed that the franchise gave up on trying to out-sleaze and out-weird itself with each new entry. Bride of Chucky opened by cheekily suggesting that its prequel didn’t end in quite the way you remembered and kicked the series in a totally new direction. Curse of Chucky deflects this course in the opposite fashion, and you’re bound to ask yourself at least once if we’re all just supposed to pretend the last two or three movies never even happened.

In its own right, Curse of Chucky is atmospheric and clever, leagues above what you would expect of a straight-to-video late entry from a franchise that never really produced any masterpieces to begin with. Chucky’s new look ups the creep factor significantly, and the set’s a gorgeous mess, featuring a decaying house that looks like it hasn’t been remodeled since the Eisenhower administration and has more than a few hints of a hospital or an asylum. The cast is better than average, but Fiona Dourif in particular is great, taking her role seriously when no one would have blamed her for phoning it in. Mancini himself (who has written all six Child’s Play movies, and is currently at work on a seventh) conjures plenty of new tricks, from a dinner scene involving poisoned chili to the hilarious gimmick when a concerned husband puts a nanny cam in Chucky’s overalls, only to watch his impending murder on his laptop. The movie even manages to add backstory to the legend of Charles Lee Ray without ruining anything.

Eventually the movie tips its hand and reveals its connections to its predecessors, and for fans like me who love (or, in some instances, love-hate) these movies, the full-circle moments make the crummier prequels worth it. For a second time Mancini has revived his pet franchise when it needed it the most. Curse of Chucky should give every Child’s Play fan something to gnaw on--as well as hope for the future--regardless of which movies they prefer; and if you aren’t a Child’s Play fan, you wouldn’t be watching this movie in the first place.