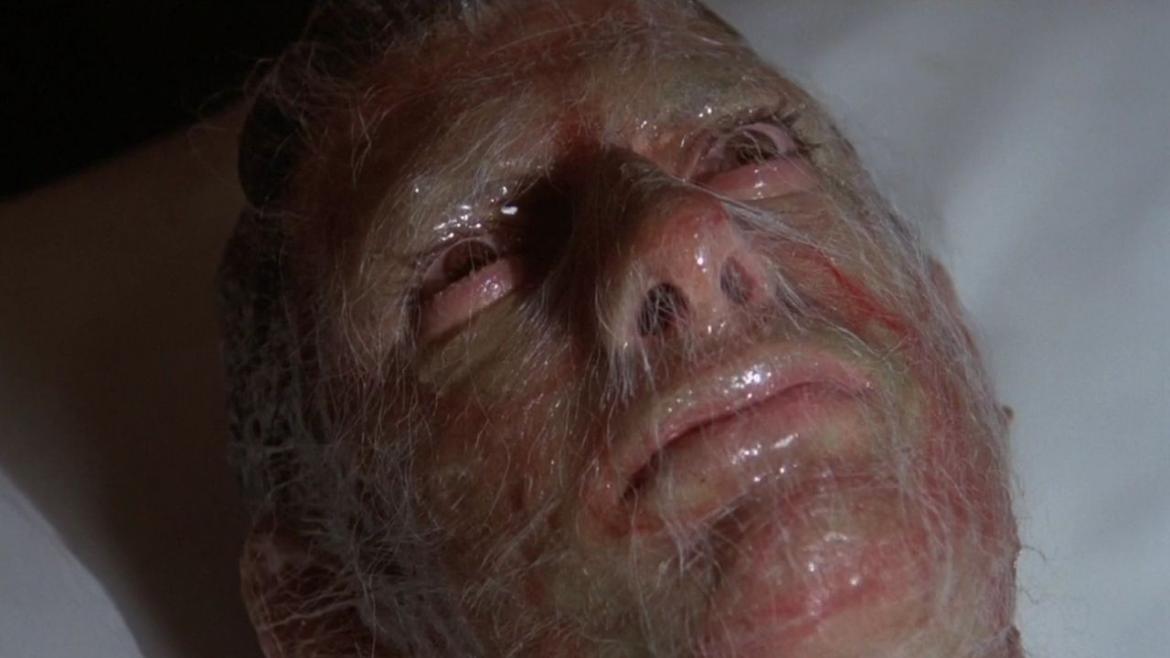 Philip Kaufman’s 1978 remake of Invasion of the Body Snatchers borrows a lot from the original’s playbook, but it spins the premise all the way around. Transplanted from the fictional Santa Mira (population: probably a few thousand) to San Francisco, the invaders are no longer uncanny replicants replacing family members and loved ones, but stand-ins for fellow citizens who will always be strangers.

Donald Sutherland and Brooke Adams lead the cast as Matthew Bennell and Elizabeth Driscoll, two health department employees who take very different stances at the dawn of the invasion. Elizabeth immediately realizes her boyfriend has been replaced, but can’t get anyone to listen; Matthew is the skeptic who pleads with her to visit his friend, the pop-psychologist and best-selling author Dr. Kibner (Leonard Nimoy). As the two grapple with what each thinks of as a personal matter, they remain oblivious to the warning signs all around them that massive social unrest is overtaking their city (literally--Kaufman often shoots his leads ignoring disruptions in the background of the same frame).

Though it follows the plot of Don Siegel’s version closely, and is full of excellent visual homages--including a cameo of original star Kevin McCarthy re-enacting his best scene--Kaufman’s remake is a stylistic departure. In place of the Cold War paranoia that kept the original focused, Kaufman tackles several things at once, from the vacuous feel-goodery that has taken society by storm to the body worship that keeps loopy, alien-obsessed Nancy (Veronica Cartwright) and her husband Jack (Jeff Goldblum) in business running a spa. It’s nowhere near as creepy as its predecessor, but what Kaufman loses in psychological tension he makes up for with effects-heavy violence. Pod people are covered in slimy root systems and have their heads bloodily bashed in, the shells of the originals dissolve at a person’s touch. It’s all shot with jaunty worm’s eye view flourishes that give Kaufman’s arthouse circuit style the welcome feel of the drive-in.

Despite the near lack of real gore, Kaufman’s Invasion of the Body Snatchers reminds me more of Romero’s Dawn of the Dead than almost anything else. Released the same year, both movies explore our fears of other people and mock the cultural panaceas we use to keep ourselves feeling safe. From its bloody effects and the destructive finale to its bleak, goosebump-inducing last scene, Invasion of the Body Snatchers is at its best when it leaves its predecessor behind to move into a new era.