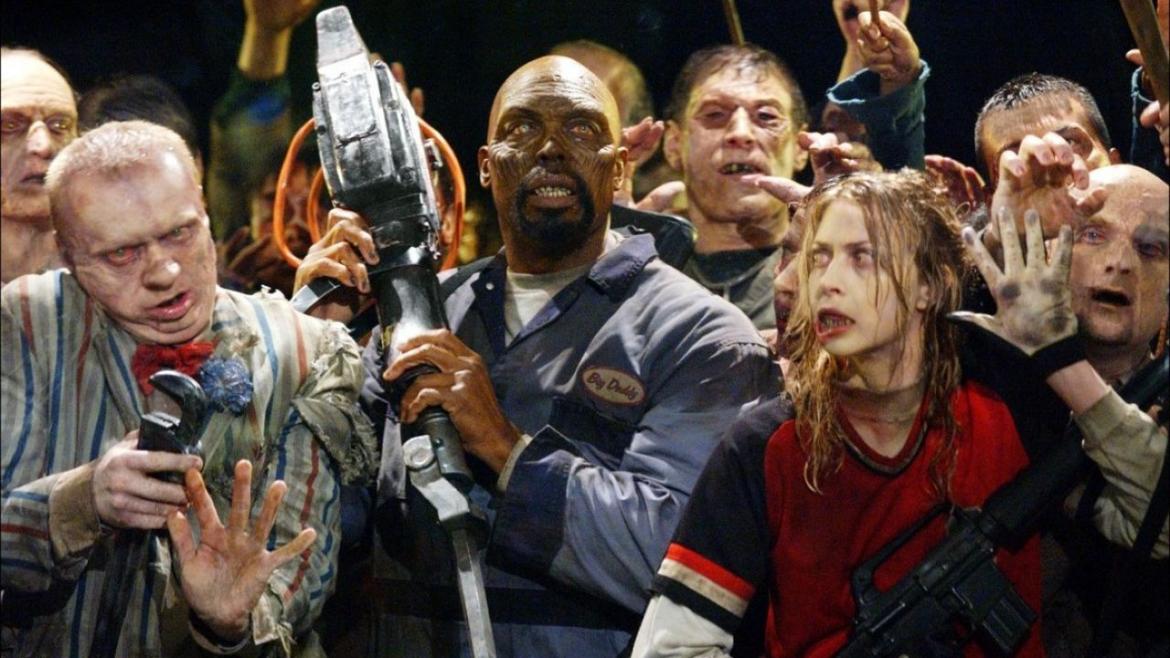 Land of the Dead (Movie Review)

Our twenties are a tough time, almost across the board. Between the ages of eighteen and twenty-five, become adults, many of us leave home. This is a period characterized by change and discovery, of figuring out who we are and who we want to be. It is then, not surprising that a new film in George A. Romero’s Of the Dead series, made and released twenty years after the previous film, might show signs of growing pains.

Between Day of the Dead’s release in 1985 and Land of the Dead’s in 2005, a lot has changed. In the interim, a horde of zombie films had been released, including Zack Snyder’s well-received remake of Dawn of the Dead the year before and, of course, Danny Boyle’s 28 Days Later. Practical effects had largely been replaced by CG in many modern films (for better or worse) and audiences, particularly in the horror genre, had grown more accustomed to violence and gore. Within this landscape, Romero’s Land of the Dead struggles to find its footing.

After a credit sequence catches us up on the origins of the outbreak, we are introduced to a newly established “society” surrounding a fallen city center. At the heart of the metropolis is a luxury apartment complex, heavily-guarded and fully-serviced by a small paramilitary group which does supply runs and culls the undead unlucky enough to shuffle around nearby for the wealthy. Between the zombies and the super rich, the rest of the city's residents live in outdoor encampments and struggle to stay alive. When the zombies begin to develop reasoning skills as well as what could be described as emotional responses to stimuli, they set their sights on the glowing building on the horizon. The two primary protagonists of the film, played by Simon Baker and John Leguizamo, are soldiers for the city, forced to live outside the veritable paradise of Fiddler’s Green (named after a mythical afterlife). Riley (Baker) and Cholo (Leguizamo) seem diametrically opposed, and their respective motivations send them on a collision course during the movie’s final third.

As with previous films in the franchise, Land of the Dead is interested in issues of race, class, and the nature of humanity, but here, the messaging is much more convoluted. Take, for example, Leguizamo’s character, insensitively named “Cholo.” The racism towards him is overt, but packs significantly less of a punch narratively, not to mention that making him play a villain against the white “Riley” feels like it undercuts his role significantly, and appears to excuse some of the vitriol that is leveled at him. Perhaps most perplexingly, this movie creates an incredibly human-like and sympathetic population of zombies, so that it is almost entirely unclear who we as the viewer are supposed to be rooting for. The fact that these zombies are led by a black man, coupled with the portrayal of Cholo and the choice of casting our lead as a white man makes this all feel more than a little out of sync.

Advancements in special effects technology since 1985 both help and hinder this movie - the first in the franchise to use computer graphics. While the makeup on most of the zombies looks better than previous movies, the use of CGI on the kills makes a lot of them look and feel a lot less visceral. The brutality and fear of the kills is one of the things that really holds up in the earlier films, and seeing it lost is a real disappointment.

We all did things in our twenties that we have lived to regret, but most of us make it out of the bad haircuts and even worse fashion; we course correct and look back on those days and laugh. We can only hope that Romero’s franchise will be able to do the same.