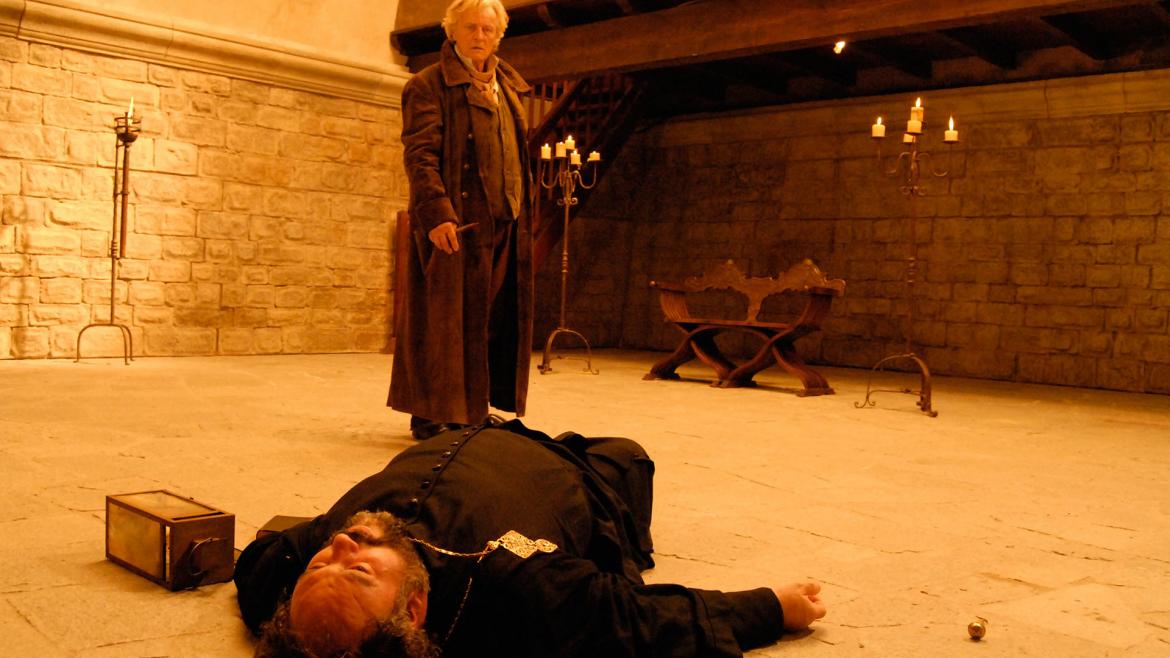 Spend any time at all researching online the recent work of Dario Argento and you are likely to find a slew of inquiries. Has he lost his touch? Are we ever going to get another great film? These questions may seem valid at first glance. However, if we dig a bit deeper; if we remove our rose colored glasses we may see not a fall from grace but instead simply more of what we’ve always gotten.

Dracula 3D is what you’d expect it to be. A loose adaptation of the Bram Stoker novel complete with Jonathan Harker (Unax Ugalde), Mina Harker (Marta Gastini), Lucy (Asia Argento), Dracula (Thomas Kretschmann) and of course Van Helsing (Rutger Hauer who seems to be sleepily mumbling his way to a paycheck) We’ve seen this story before and no amount of sex or blood is capable of distracting from the appallingly clumsy set pieces or incompetent CG. There is a werewolf transformation scene in this film that one of the worst rendered effects I’ve seen in recent memory.

Yet, the poor special effects, nor the weak acting, nor the sets that look as if they were built out of cardboard are the problem. No, the issue is a story that is driven by plot, and this is the thing that has always confounded Mr. Argento even at his best. None of the depth of a great Argento film is in the dialogue or character moments, they are in the visual inferences and gravity of atmosphere which even here we may catch glimpses of. There are moments in this film that you may see aspires and narrowly brushes the sensibilities of a Hammer film. Yet, we are ripped from it just as quickly as we came, falling back to the dark pit of ineptitude by woeful characterization and poor execution of dialogue. The failing of his recent films, is not a sudden loss of talent, driven by the onset of old age but by simply a lack of insight as to what makes him great and choosing a film that supports it. He would be best served by moving away from films heavy with overt plotting and back to what made him great, projects that allow him to create visually memorable scenes.

As for Dracula 3D, it is simply one more film in a mopintaing sum that magnifies and reminds us of Dario Argento’s flaws.