season of the witch 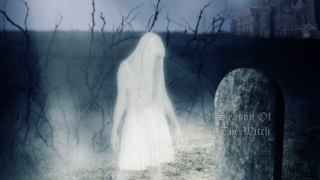 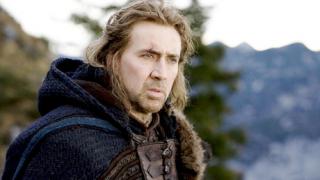 Ron Perlman will headbutt the evil out of you.

Nicolas Cage, who many consider the world's greatest actor of all time to ever be invented, is here with a new clip from his soon to be Academy Award winning film "Season of the Witch". In it Cage battles a bunch of wolves and of course wins. Well alright not really, but I bet he could if he wanted to.

Remember last week when I told you that the upcoming "Alien" prequel had been pushed out a year to at least 2013? Well if you said yes then you're a liar because I didn't... but apparently the rumors have been flying. Well it looks like the 2012 release date is still actually happening, if the film actually happens. I say that because it also looks like Fox has not officially given the film a thumbs up. Confused? Me too. Let's talk about something else. Some weather we're having huh? Winter is officially here!

Apparently that guy who's married to Katy Perry is some kind of actor and will star in a new "Beetlejuice" type film called "RentaGhost", which itself is based on a BBC series that ran twenty some years ago. Oh alright, I'm just kidding I know he's an actor, he just really sucks.

"The Raven" has absolutely nothing to do with Edgar Allan Poe but it is being produced by Mark Wahlberg. So that's nice, right? The movie is about a guy running around downtown LA while a bunch of police drones try to track him down. Truth be told this might have something to do with Edger Allan Poe, I don't care much for reading, I just assumed something with Marky Mark attached to it wouldn't be that classy.

As expected Sunday night's "The Walking Dead" season finale went balls out with the rating, pulling about 8.1 million viewers between the 10 pm and 1 am showings. That's up 9% from last week's show and the series had the highest average for a cable show since 1993. That's a lot of math and to be honest the most amazing part is that I somewhat understand it.

It's no surprise that the producers of "American Psycho: The Musical" are promising tons of gore. Well maybe it's a little surprise since it's going to be on Broadway but that's nowhere near as surprising as the fact that Tom Cruise might be making a small cameo in the show. I know this isn't sarcasm but somehow I still feel like I'm being a wise ass here.

Nicolas Cage and Ron Perlman, I've had dreams that start with those two names. Nightmares, I meant nightmares... I swear! Anyway there's a bunch of new interviews with the two up on the tubes with them talking about how exciting their new flick "Season of the Witch" is. Get hot and bothered!

Hammer's next film titled "The Resident" will apparently not be released in theaters but instead see a DVD/Blu-Ray release on March 29th, 2011. My guess for the change in plans is that putting both Hilary Swank and Jeffrey Dean Morgan on the screen together would cause theaters to burst into flames from all the heat. Now it'll just be your home.

If you're like me then you're still climaxing from the new "Season of the Witch" poster we talked about yesterday. Well get ready to reload because here's a new trailer for the Nic Cage flick. God I pray you're nothing like me, it's sad sad existence.

Great news for all you sickos who love looking at young Asian girls dressed up in school uniforms. "Battle Royale" looks to be finally making it's way to US theaters and in 3D no less. It's been ten years since the film warmed it's way into the hearts of deviants and it's about time that it was presented to the "hole in the bottom of the popcorn" crowd.

Courtney Ford will be joining the cast of next season's "True Blood". Ford will play a southern bell who owns her own law firm and I assume she'll end up screwing someone and turning into the Creature from the Black Lagoon.

Darren Lynn Bousman, the guy who's currently working on the "Mothers Day" remake is also working on a new film called "11-11-11". The film focuses on a bunch of people who have guardian angels and the rest of the plot confuses me and the fact that it's all based on a date on the calender already annoyed me. Oh and it'll be released on December 21st, 2012. I kid!

In a shocking twist the much anticipated sequel to "Piranha 3D" will be shot in... you guess it, 3D. I can't say I'm mad about this and the fact that they're calling it "Piranha 3DD", teehee, makes me giddy as all get out. I think that's a saying.

What's got two thumbs and has Nicolas Cage fever? This guy! And you will too after you check out this new poster for "Season of the Witch". Did you look? Are you excited? Did you see Ron Perlman's name awkwardly placed at the bottom? I love it!

Alan Spencer, the guy who created "Alan Spencer" (look it up it's awesome) is working on a new show for IFC that follows a serial killer who's trying to juggle both his after hours activities and his social life. It's going to be called "Dextter". Alright that last part is a lie but it's a good suggestion I think.

A movie about a magic mushroom hunt gone terribly wrong? Sign me up kids, here's some new images from the German slasher flick "One Way Trip 3D". Let me narrate them for you. "Creepy, boring, creepy boring, holy crap why would you do that?!"