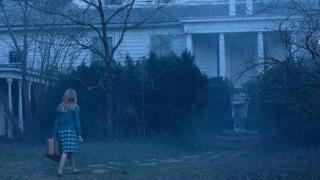 Nick Swardson is pretty damn funny when he isn't playing a bucked toothed porn star in movies so I'm fairly excited for the new stop motion flick titled "Hell and Back" in which he stars. If you can star in a stop motion film. I don't know how that works. Anyway the movie is about a couple friends who have to travel into hell to save their friend who's been dragged down into the fiery depths and today we've learned that Mila Kunis has been cast as a spicy demon who is one of the few people who know how to navigate the underworld. Man it took us a long time to get to that didn't it? I just like spending time with you.

I don't know what it means when a company "options" something but the good people at Sony have optioned a big screen adaptation of the comic book "Bloodshot". For those of you not familiar with the comic book it tells the story of a former gangster who finds himself injected with microscopic computers that make him a super weapon after he goes into the witness protection program. For those of you not familiar with Sony they're a big company that makes a bunch of electrons and apparently puts out movies also.

Director Eric England has been hand selected by the powers that be to direct a new film titled "Contracted". The movie focuses on a young girl who has a one night stand and contracts what she thinks is an STD. It turns out to be something much worse though. A baby? Is it a baby? I'm guessing it's a baby. My money is on baby!

Didn't Darren Lynn Bousman's "11-11-11" already come out on VOD? Am I wrong here? I'm so confused. Well it's coming out again on march 6th. Or maybe for the first time. I don't know. It will then be available on DVD April 24th. So if you're itching to see a film based on a would-be world ending 6 months after the date passed then you're in luck.

I'm going to go on record as saying I am actually looking forward to seeing "The Darkest Hour". Yes it comes out on Christmas and there isn't a chance in hell I will see it until months after it comes out on DVD but that doesn't make me any less excited to see the teens trapped in Russia because of an alien invasion flick. Look at these new photos. Just look at em! Kids all running around in tank tops fighting aliens. Russia ain't so bad, man! Alright you got me, I'm still trying to hide the anger about these stupid lawn ornaments.

Color me confused but it looks like Darren Lynn Bousman's end of the world but Jesus is cool flick "11-11-11" if going to be getting a wide release on February 14, 2012. That's right the film specifically tied to the date 11/11/11 only got a limited release back in November so why the hell not shoot for Valentines Day in 2012. It's the perfect date movie for that special girl you want to break up with.

Check it son! The First poster for Ridley Scott's "Prometheus", the much anticipated prequel to his beloved "Alien" films. Yes there's no aliens to be seen in the poster but no one goes to see these movies for the aliens. That's a well known fact. People go to see the acting. And to see the girl who we say is hot but in the back of our minds secretly question if they were once a man in their skivvies. The aliens are really just a time filler.

I don't know what it is about Christopher Meloni but anytime I see him in a comedy I think he's awesome and anytime I'm flipping the channels and see him on "Law & Order" I want to punch him in the face. It's a crazy mixed up world, huh? But now he's been confirmed for season 5 of "True Blood" as a ye old vampire who controls the fate of our merry group of blood suckers. I'm thinking he's probably not going to be very funny in that role. 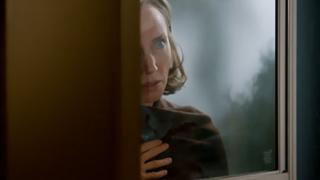 Trouble in Miami kids. It looks like Showtime and Michael C. Hall have yet to come to an agreement on a contract to extend Hall's run as "Dexter" two more seasons. Seems that Hall wants a shit load more money and Showtime only wants to give him a crap load. It's getting pretty heated. If an agreement can't be reached it looks like season 6, which premiered this past weekend could be the last.

The list of people who want nothing to do with "Pride and Prejudice and Zombies" continues to grow with one Miss Blake Lively now passing on the leading role. Natalie Portman, Emma Stone and Mia Wasikowska have also given a big "aww hell no" to the role. I don't want to jinx it but this sounds like wonderful news for Monica Keena. It's only a matter of time before she gets offered the role.

A bunch of new stills have found their way onto writer/director Darren Bousman's twitter page for "The Barrens", a new flick that follows a family on a camping trip where they run into the Jersey Devil. Hunky "True Blood" star Stephen Moyer takes lead in this one along with Mia Kirshner, who I don't know but from her IMDB picture I assume is a ball buster. I mean that in the best way possible.

"The Lost Coast Tapes" is a new found footage flick that follows a group who encounter the one and only Bigfoot. The forest beast not the monster truck. Although that would be pretty cool if it was just a bunch of kids being chased around by a giant truck. Anyway this isn't that. It's about the big hairy guy from the beef jerky commercials. I think we've gone off topic though. Take a look at the new poster for the flick. It's got a guy impaled on a tree. Grave Digger would probably be scarier anyway.

If you're like me then you're still climaxing from the new "Season of the Witch" poster we talked about yesterday. Well get ready to reload because here's a new trailer for the Nic Cage flick. God I pray you're nothing like me, it's sad sad existence.

Great news for all you sickos who love looking at young Asian girls dressed up in school uniforms. "Battle Royale" looks to be finally making it's way to US theaters and in 3D no less. It's been ten years since the film warmed it's way into the hearts of deviants and it's about time that it was presented to the "hole in the bottom of the popcorn" crowd.

Courtney Ford will be joining the cast of next season's "True Blood". Ford will play a southern bell who owns her own law firm and I assume she'll end up screwing someone and turning into the Creature from the Black Lagoon.

Darren Lynn Bousman, the guy who's currently working on the "Mothers Day" remake is also working on a new film called "11-11-11". The film focuses on a bunch of people who have guardian angels and the rest of the plot confuses me and the fact that it's all based on a date on the calender already annoyed me. Oh and it'll be released on December 21st, 2012. I kid!