hobo with a shotgun

I am not the least bit ashamed to admit that fluids shot out of every hole in my body when I read the news that Arnold Schwarzenegger has officially signed on to do a new "Terminator" movie. No screenwriter or director has been confirmed but Justin Lin has been rumored to be taking the camera for the flick. Oh mother of god the fluids!

2011 has already been a stellar year for the homeless and now everyone's favorite movie "Hobo With a Shotgun" is coming home to DVD and Blu-Ray. July 5th will be the date you can get your grubby little fingerless gloved mits on the 2 disc DVD or Blu-Ray that features all kinds of interviews, commentaries and other filthy treasures. Catch the hobo fever!

We're going 3 for 3 in the awesome news department kids because Steve Austin and Danny Trejo have both signed on to battle in "Recoil". Austin will play former cop who goes on a rampage after his family is murdered by a group of criminals. Trejo will of course play one of the criminals, because stereotypes are there for a reason and that reason is to help casting in films move along quickly.

Well they can't all be zingers my friends. Chris Landon is once again confirmed to be partnering up with Michael Perry to write "Paranormal Activity 3" after there were rumors that he had dropped out of the project. The duo wrote the previous film in the series and while they haven't promised it, I'm hoping will once again cast a rampaging pool cleaner. Keep your fingers crossed.

A new red band trailer for "Hobo with a Shotgun" has hit the nets and it's everything you could want and more. And by more I mean there's a Santa who gets his head shot off. Unless that is something you want, in which case I suggest you seek help immediatly. It's Santa you sicko.

A new trailer for "Insidious" chock full of random quotes from websites I've never heard of has found it's way online and the obvious question is why I haven't been contacted for a quote. I know the movie comes out today but it can't be too late to get in on this. Here goes, "Insidious" is the most frightening movie to ever be invented and will make you soil yourself in the best way possible! I'm a whore.

The MPAA has emerged from their castle high atop the mountain of doom and bestowed a PG-13 rating on the upcoming vampire hunter flick "Priest". I think you can say the F word once with that rating right? Oh man I hope they do it during some awesome fight scene or something. Like Priest kills a bunch of vampires and then looks at the screen and goes "Fuck yeah folks!". So awesome.

Well that's a bummer. David Ellis calling his next project "Untitled Shark Thriller 3D" was apparently all a big joke! The movie will in fact be titled the much more boring "Shark Night 3D". You think I like to be made a fool of, David? It's going to take a lot for me to get over this betrayal.

All the world has Hobo fever! It's catching on and all the teens are hanging up pictures of homeless people on their walls. So it stands to reason that there would be a "Hobo with a Shotgun" game. More importantly an 8-bit game for your playing pleasure. Because hobos get people in the mood for love making. That in no way fits with what we're talking about.

If you're excited about the "Robocop" remake than there is a 95% chance your name is Joshua Zetumer. How do I know this? Well Joshua Zetumer has been tapped to write the script for the soon to be hated film and from what I can tell this is the first thing he's written. Sounds like this is going to work out swimmingly!

If you're excited for "Insidious" then your name is probably Joshua Zetumer! No idea why, I just assume the guy likes horror movies. Anyway here's a gang load of new clips from the soon to be released film. I hope you enjoy them, Josh. I hope you don't mind me calling you Josh. I feel like we're that close now.

Did you see "Fido"? Me too! Wow we have so much in common. Did you love it? You did!? Alright maybe we don't have that much in common. Anyway the director of said film, Andrew Currie, has been hired by the good people at WWE to direct their new supernatural thriller currently titled "Barricade" which focuses on... honestly I already told you the WWE is making this and if you're really interested in the plot than you've got a lot more problems than I can fix with my sarcastic comments. 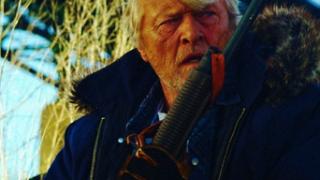 Hobo With a Shotgun

Here's a new one sheet for "Hobo With a Shotgun" for your viewing pleasure. I've officially run out of clever things to say about the film so just make up your own and imagine me saying it. I better have my pants on in your imagination though, I'm not into the sick crap.

People all over the world are going gaga for the new "Cowboys & Aliens" trailer and if you're not crapping your pants already you will be soon. The film stars James Bond as a cowboy who fights aliens. I think that's accurate. I don't know, a bunch of crap blows up.

Mexican aliens are so hot right now! Well alright let me be clear, I mean the little green men from outer space type aliens not the guys running across the border. We're still split 50/50 on those. Anyway here's the trailer "Night Without Sky", a new Mexican Alien invasion flick. See how that tied in?

Those of you who are fans of Chiller TV, and who isn't, will be happy to know that the channel will be counting down the decades scariest movie moments. Are you pumped? No?! Well it's a slow day so you'll take what I give you.

The team of Eli Roth and Eric Newman will once again team up for "Psycho Killer". The film that follows both a serial killer, a psycho and an officer will be written by Andrew Kevin Walker who brought us all "Seven". Not too shabby sounding huh? And I avoided the obvious Talking Heads reference.

And let the avalanche of crap begin. "FDR: American Badass" is a new film that will follow Franklin D. Roosevelt, written as a werewolf hunter who fights the hell spawn in his customized wheelchair. I assume there will be other president fighting evil films shortly after. I'd like to officially toss out "Martin Van Buren: Chupacabra Exterminator" as an idea.

If you love "Resident Evil" films but hate looking at Milla Jovovich's mom hips you're in luck. "Resident Evil: Damnation" is a full on CGI sequel to "Resident Evil: Degeneration" and it's got a super new trailer for you to view. Computers > People. That's math, you can look it up.

"Hobo With a Shotgun" is a movie, and now it's got a bunch of cool new posters, only two of which that actually feature a hobo with a shotgun. So that's a nice surprise. It's like Christmas if you lived in the worst trailer park ever imagined... and there isn't any cable so you had to watch old re-runs of "Monchichis"... like homeless people do. 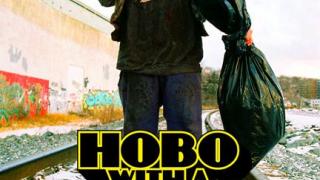 The 3-D craze has donned its leather jacket and pointed its motorcycle towards the ramp as Paramount Pictures has announced plans to make a new "Ring" movie, this time in 3-D. David Loucka has already been tapped to pen the script in what Paramount hopes is a reinvention of the franchise.

"Scream" scribe Kevin Williamson put to rest the rumors that Jamie Kennedy will be returning for "Scream IV". "We're not that universe where you can bring people back from the dead. That would be just a cheat." Good to see that there's still some integrity in Hollywood!

While not really news in and of its self, be sure to keep your eyes peeled for this sweet "Nightmare on Elm Street" popcorn bucket when you head out to catch the remake this weekend!

In a recent press junket for his latest feature "Robin Hood", director Ridley Scott let slip that the both of the upcoming "Alien" prequels will be released in 3D. If you're paying attention, you'll notice that I used the word 'both'. Scott also let it be known that he is planning on two prequels for the franchise.

"Machete" is no longer the only feature to spawn from the fake trailers shown in 2007's "Grindhouse". The next trailer to be stretched to full length will be "Hobo With a Shotgun" starring none other that Rutger Hauer.