"Let Me In" Wunder-Director Matt Reeves has signed on to tackle the Frankenstein flick "This Dark Endeavor" based on the book with the same name. The film is just the latest in a long line of Frankenstein based films to be announced which means 2012 could very much be the year of the reanimated dead. Neck bolts are going to be soooo hot, I can just feel it.

The latest name to be added to the cast of "Dexter" season 6 is none other than Edward James Olmos. Colin Hanks and Mos Def have already been signed on and I can only assume that the addition of Olmos means that Dexter will be moving to a rough inner city and Olmos will play a teacher who shows him the powers of math. That's not racist, he did it in "Stand and Deliver".

So many people have been added to the cast of "Hunger Games" that I have officially forgotten what the movie is even about and now that Lenny Kravitz is on board I just want to punch it right in the face. I'm kidding, it's about two areas that send children to battle each other. I'm not kidding about the punching in the face though, Lenny Kravitz is a prick.

If you're like me then you spend most of your time as a bachelor paying strange women to break into your home, tie you up and torture you for two hours. Well good news fellow deviants, the movie "Kidnapped" is everything you've dreamt of and more and there's a new trailer out for the film to prove it. Of course I don't believe there's any sort of safe word involved in this, so that could get sketchy.

James Franco and Winona Ryder have signed on to star in "The Stare". In the flick Ryder will take on the role of a playwright who decide if the world is out to get her or if she's just cracking under the pressure of completing her next project. Franco will of course play a lovable stoner. Alright I don't know if that second part is true but come on, you have to assume that's what he'll be doing even if that really isn't his role.

I do believe I just found the topic for our next open week in the Podcast schedule. Rob Zombie has wrapped on a shoot in Vancouver for a commercial titled "The Torturer" for the laundry detergent brand Woolite. Weird to see a horror director taking on a commercial yes but throw in the fact that Zombie looks like a homeless man and the fact that it's for laundry detergent is enough to make blood run out of your nose. I'm sorry for doing that to you.

"Pride and Prejudice and Zombies" finally has a director my friends and it's none other than Craig Gillespie who is currently working on the "Fright Night" remake. He also directed "Mr. Woodcock" which wasn't a very good movie but it made me giggle every time I heard the name Woodcock so that's got to count for something. Teehee... Woodcock.

"Let Me In" director Matt Reeves has decided to return to the vampire genre by signing on to direct "The Passage". Based on a book by Justin Cronin the story focuses on a group of terminally ill patients who find they can be saved by being bitten by a rare bat. But wait! There's some nasty side effects. Here's a hint, they kill people.

Matt Reeves has signed up to write and direct the big screen adaptation of the short story "8 O’Clock in the Morning". Why is this exciting? Well, you cynical son of a bitch, the short story just happens to be the inspiration for everyone's favorite bubblegum flick "They Live". Now are you interested? What if I told you this news post comes with a free frogurt? FYI: No Frogurt will be given.

Good news for those of you in the world who love cleavage, and honestly, if you don't I'd ask that you get your un-American ass of our site, "Elvira's Movie Macabre" will bee hitting DVD in the near future with two double features. One featuring "Night of the Living Dead" and "I Eat Your Skin" and another with "The Satanic Rights of Dracula" and "The Werewolf of Washington". Double features... there's a boob joke there right? It's a little too obvious.

Speaking of cleavage, aren't those Hammer movies supposed to be chock full of them? What the hell happened?! Take a look at the new trailer for "The Woman in Black" starring Daniel Radcliffe. Nothing, nada. The movies focuses on lawyer who finds himself in a small village that's cursed by the ghost of a woman. Keep your fingers crossed, maybe it's a stripper ghost.

A couple new images from the set of "Silent Hill: Revelation" have hit the tubes and it looks to be set in a spooky carnival. I'm just guessing here, but I'm betting that these two images will be the high point of the movie. Maybe that's just me, I'm a glass half full kind of guy. Honestly, I still don't understand that saying though, so I could be using it wrong.

Some new behind the scenes photos for "Battle: Los Angeles" have hit the net and they're full of alien goodness. I haven't seen the movie yet but if all the aliens want is one city then maybe we should just let them have it. The place has lost all its appeal since 2Pac died anyway. Or did he!?

According to director Matt Reeves the story for "Cloverfield 2" hasn't even been discussed and the film may never happen. I know I had trouble getting out of bed today too just knowing this! Let me help though, annoying guy runs around with camera while his friends jump around some the city avoiding giant aliens. Let's light this candle!

The newest name to be tossed around Ron Howard and Stephen King's "The Dark Tower" film is Christian Bale. Of course he's being rumored as their first choice so take that for what it is. My first choice for my bus driver tomorrow is Jackie Gleason but he's been dead for 20 years so it's probably not going to happen.

Director David O. Russell recently dropped knowledge on why he decided to drop out as director of the upcoming big screen version of "Pride and Prejudice and Zombies". Apparently the studio only wanted to put about 25 million into the budget and Russell was hoping for almost double that. When you think about the fact that they spent 75 million to make "Monkeybone" you start to think David might have a point. 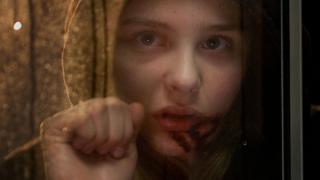 A decent remake of a foreign film? Listen and find out. 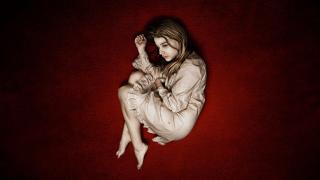 Elizabeth Shue continues to mount her comeback using the horror genre as she signs on to "The House at the End of the Street" directed by Mark Tonderai.

The Matt Reeves remake of "Let Me In" is on the move as Overture Films sells off the marketing and distribution rights to Relativity Media. Despite Overture's semi successful releases with "Pandorum" and "The Crazies", the company will be closing its doors after three years.

Wes Craven is dipping his toes into the comic market as he partners with Liquid Comics for an undisclosed graphic novel project.

Details have emerged for yet another franchise reboot; this time for "The Howling Reborn". Here's hoping for a Dee Wallace sighting.

While not a trailer as of yet, Robert Rodriguez has posted a behind the scenes look at "Predators" at the film's official website.

Rumors abound this weekend that Joaquin Phoenix may be shedding his homeless side job to portray Edgar Allen Poe in "The Beautiful Cigar Girl".

Director Matt Reeves spoke with MTV giving details on "Cloverfield 2". In true MTV journalistic fashion, these details boil down to 'yah sure, we might do a sequel some day!'.