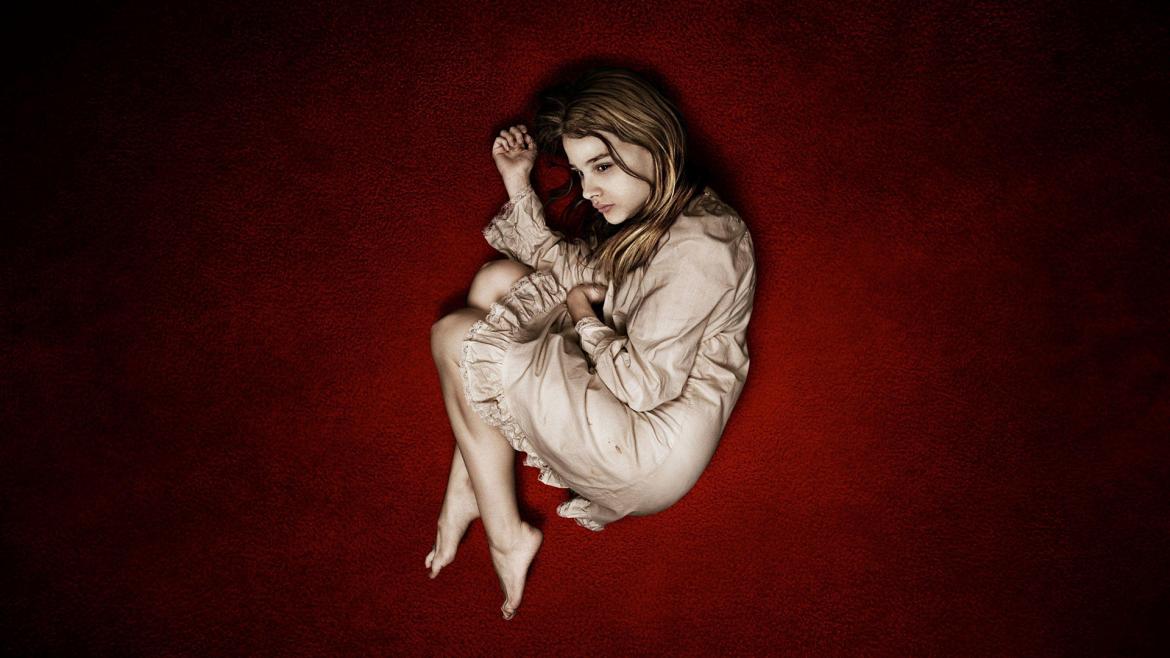 Let Me In (Movie Review)

Last year, we at Bloody Good Horror polled our reviewers to come up with a list of the best horror films of the last decade. In a close race, "Inside" came in third, "The Descent" second, and Tomas Alfredson's "Let the Right One In" was voted the best film of the last ten years. Simultaneously beautiful, sad, and horrifying, "Let the Right One In" felt like a crisp breath of winter air to many weary horror fans.

There was little question about whether that film -- a Swedish production of Swedish writer John Ajvide Lindqvist's novel -- would be remade, instead it became a question of when and by who? The answer has arrived in the shape of "Let Me In," written and directed by Matt Reeves ("Cloverfield"). Maintaining much of the atmosphere and poignancy that made "Let the Right One In" a success, this American remake, one of the first features from the reborn Hammer studio, never truly loses sight of its predecessor. Reeves, though, does succeed in stamping the film with its own artistry and prevents it from ever feeling like merely a retread -- which in its own way, should be considered a victory.

"Let Me In" transports the action of the film from a Swedish hamlet near the arctic circle to Los Alamos, a small town in the northern part of New Mexico. Reeves also makes the decision to set his film in 1983, a choice that in some ways helps to imbue the proceedings with a sense of innocence. The middle school sequences feel as though they could have been taken from "Wonder Years" B-roll -- if Kevin and Paul had been horrendously bullied. Running alongside this halcyon sense of place, is a near-dreamlike treatment of the settings from Reeves and cinematographer Greig Fraser. The combination allows the film to blossom into its darkness. Adding to this momentum is a terrific score and well-selected 80s soundtrack.

Th feeling of innocence oozes too from the film's main character, Owen, a pale weakling of a middle schooler. It's clear from the outset that Owen is troubled -- harrassed at school, dealing with a depressed, alcoholic mother and a father shacked up before the divorce papers have even been signed -- he is awkward and lonely. He is also naive, as any adolescent is, about the ways of the world. His innocence contrasts well with that of Abby, the vampire that moves into the apartment next door. While she looks and often acts like a 12-year-old, she is in fact much older, and possesses wisdom that is beyond her appearance. She is however, hopelessly lost in the world of Owen and his contemporaries. Some of the film's sweetest scenes come as Abby seems to humor Owen by allowing him to show her his world. Ms. Pac Man, records, and Now and Later candies are things that she understands a 12-year-old should be very interested in, but her own experiences jade her to these small pleasures.

As with its predecessor, "Let Me In" centers on the developing relationship between Owen and Abby. The nature of that relationship, left just ambiguous enough in "Let the Right One In" for viewers imaginations to bloom, here is explained more thoroughly. Though never overstating details, Reeves definitely makes sure that some plot points are never left open for debate. He also makes the decision to provide the audience a second character with whom to identify in the person of Elias Koteas's police man. While this addition in no way shakes the central plot, it does allow Reeves to offer a more conventional -- and perhaps easily followed -- detective frame work.

Taken on their own, most of the differences between "Let Me In" and "Let the Right One In" are almost too subtle to be worth discussion. But taken as a whole, Matt Reeves's decisions have reshaped the story of Abby and Owen into something nearly identical yet cased in a less nuanced shell. It's difficult as an American viewer, and a fan of the original film, to separate out how much of the original's impact was a factor of its more subtle approach, and how much of it was a by-product of a film set in a foreign land and a foreign tongue. Whichever it was, "Let Me In" feels somehow less weighty in its final calculation. That is not to say that it is not a tremendous film in its own right. Remaking one of the greatest modern horror films will always be a challenge, and though his film may fall short of its source, Matt Reeves has acquitted himself admirably. What must also be considered is that with "Let Me In," a wider audience should now have the opportunity to experience this story, and that cannot possibly be a bad thing.