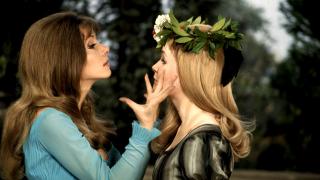 James Wan's "The Conjuring" will make it's big debut at the Los Angeles Film Festival on June 21st. The film is supposedly based on a true story of two paranormal investigators who try to help a family being terrorized by an evil spirit. The film will then see a wide release on July 19th. I will be on a podcast shortly after that talking about how the whole thing is BS.

I've been holding off on seeing the Hammer classic "Dracula: Prince of Darkness" for 35 years because there has yet to be a US Blu-Ray release for the film. I know, it's weird that I would take a firm stance for so long considering that Blu-Ray hasn't even been around for 10 years. Well good news for me because the Christopher Lee blood sucker is finally coming our way thanks to Millennium Entertainment on September 3rd. I'll be chock full of commentary, behind the scenes features and other extras. I don't pretend to understand my madness.

Daniel Radcliffe doesn't have half the forehead that Christina Ricci has but still he's going to play Igor in Paul McGuigan's "Frankenstein". I'm not really sure why you need a big forehead for that but the film has been slapped with a October 17, 2014 release date so let's see how Radcliffe does with this bold casting move. Again I don't really know why Ricci's big forehead would make her a better choice but I stand by my statement.

Adam McKay , the guy who produced "Hansel & Gretel: Witch Hunters", has let out that director Tommy Wirkola is being let loose to make the sequel as balls out as he'd like. I guess that also means if the follow up is a pile of doody it's all Wirkola's fault but let's look on the positive side here.

The folks over at New Line have set their sights on a remake of the 1973 murder mystery film "The Last of Sheila". As of now they've yet to settle on a writer or director for the movie that revolves around a group of people invited to a scavenger hunt aboard a yacht owned by a man whose wife was killed in a hit and run a year earlier. I have no idea how you have a scavenger hunt on a boat so that's really what I'm interested to find out here. Also if someone uses the words "poop deck".

We already know that "The Woman in Black: Angels of Death" is in the works. Remember when I told you about that? You don't, do you. Sometimes I think I'm wasting my time coming up with witty comments day after day. Well maybe you'll listen to this! According to Hammer CEO Simon Oakes there are hopes that "The Woman in Black" will live on well past 2 films and become a franchise of sorts. Maybe it could even spawn other story lines. Like "The Woman In Plaid", about a ghost who terrorized hillbillies in the woods or something. This is going to be big.

Cam Gigandet, who's last name is impossible to pronounce, will be joining Emily Browning in a new film titled "Plush". Gigandet plays a psychic doctor who helps patients get over their past by drilling down into their memories. Browning plays a young teen who possesses the same gift. "I'm in your head!", "Well now I'm in your head!". And hilarity ensues.

Little known writer Jay Basu and UK director Tom Green have been picked up to bring "Monsters 2", the follow up to the the 2010 mumble core underground little movie that could. The only way I could be excited about this is if the real Tom Green, the bum bum song guy, was directing and starring in it. In fact I would only be excited about this if it was titled "Freddy Got Fingered 2". 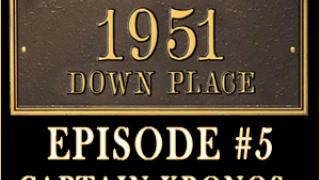 Ahh bizkits! A few months back the BGH crew got a full on robot chubby (name the movie) when we watched "Tucker and Dale vs Evil" and now it looks like the horror comedy is finally getting a DVD and Blu-Ray release. November 29th is the day you can get your disgusting little mits on this romp about a weekend vacation gone wrong. I'm sorry about the disgusting mits comment, I just get so excited sometimes.

Hammer Films' "The Woman In Black" kind of came out of nowhere but hot diggity dog if it hasn't captured my heart and mind. Maybe it's because it's got Harry Potter in it or maybe it's because I'm a sucker for creepy kids. We may never know. But today we've got a new motion poster for the flick that hits theaters on February 3rd. Just to be clear Daniel Radcliffe is in the movie, it isn't really Harry Potter.

If you didn't play "Red Dead Redemption" then I'm not sure I want to be your friend anymore. The game was super dope to the max! And now Christian Cantamessa, the lead designer on the game, is directing and co-writing a new flick called "Wake Cycle". The movie takes place in an underground facility where two workers find they're running out of air after a nuclear fallout. I'm just kidding about the friend thing, I don't know what I'd do if I lost you.

George A. Romero looks to be eyeing a film version of the book "The Zombie Autopsies" which is about a group of scientists who discover that zombie apocalypse was actually brought on by a group trying to topple the economy. Nothing is confirmed on the project and right now it looks like the idea is just a twinkle in Romero's cataract-addled eye but the project sounds right up his alley. And by that I mean boring and confusing to me.

Snapshots: Frankenstein Must Be Destroyed 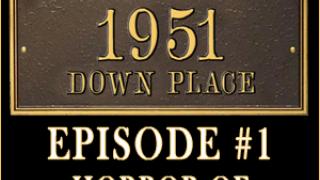