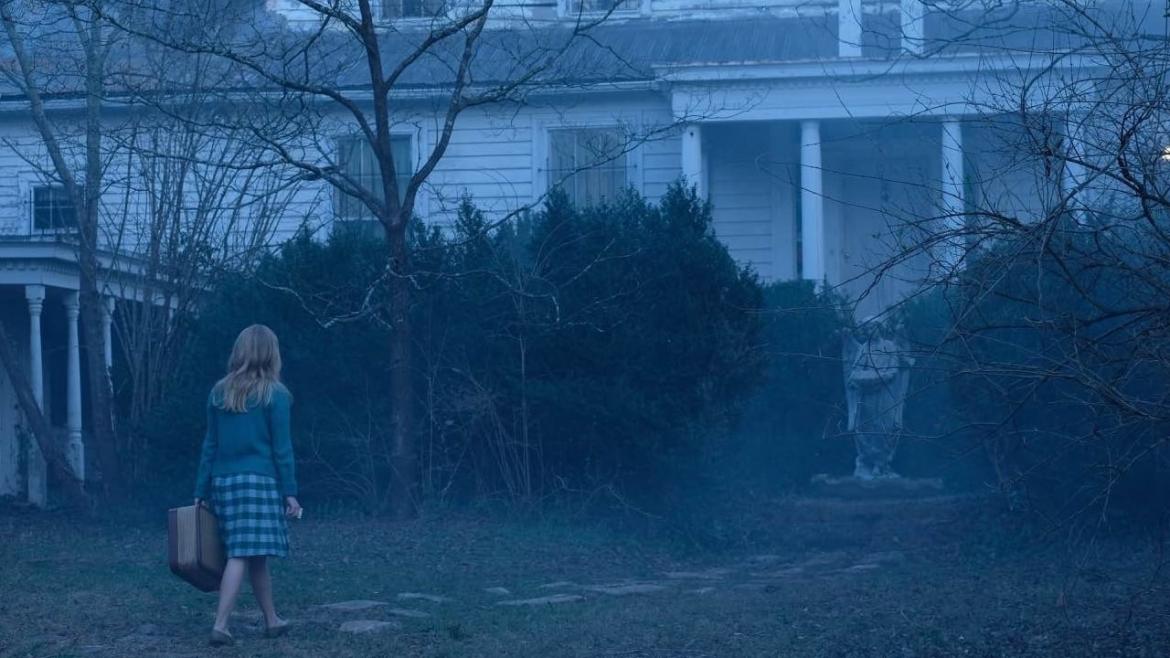 There is a definitive villain in St. Agatha, but not the one we expect. It is not the main character Mary’s (Sabrina Kern) co-habitants in the ramshackle convent she has found herself in, which the Vatican has stopped funding due to their practices. Nor is it really the cruel head mistresses Mother Superior (powerfully played by Carolyn Hennesy), though she does some truly heinous things. Instead, St. Agatha is a film that wishes to illustrate societal injustices and pressures experienced by pregnant women, gaslighting of desperate unattainable hope, brought to brutal conclusion.

Directed by Darren Lynn Bousman, St. Agatha tells the story of Mary, a young woman seeking refuge in the arms of a dilapidated home that serves as a nunnery. There she encounters the power dynamics enforced by the Mother Superior who seemingly gets off on her bitter, ugly control over the girls. They are not allowed to speak in their rooms. They are expected to finish their meals if she says so; and they forfeit their individuality.

Seemingly this is a simple, wicked “stepmother” parable. However, in a scene early on when a priest comes to appraise Mary, we are reminded there are many hands behind the curtain. We are provided with a brief but potent reminder that this is a male-controlled world even for Mother Superior, and as vile as she is, she could never be the true cruel mistress of this world.

St. Agatha desperately wants to tells us this story, but some missteps prevent the message from really being resonant.  The film pulls us from the tension of the gloriously isolating and bleak house to flashbacks of just how Mary got here. This technique has the unfortunate side effect of snapping the tension. Mechanically the technique functions to give her an unnecessary haunted backstory and also to introduce the character of Jimmy, one of just a couple male characters in this largely female cast. There’s a version of the film that utilizes this crosscutting to broadening the scope. However, in this iteration, the strategy is deployed with mixed, confounding results given that the film’s themes need no further punctuation.

St. Agatha is an assured horror film examining the horrors of society in 1950s America through power dynamics and misogyny, even when enacted through the hands of a woman. Though the film may meander, the powerful performances on display keep you engaged and attached to the characters.

St. Agatha is now in select theaters and On Demand / Digital HD

The Last House in the Woods