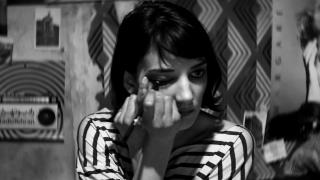 Here's 5 clips from "Dexter" season 4, which I won't watch because I'm still making my way through season 3, which by the way has been just as kick ass as the first two so far. Highly recommended.

Another purported "Cloverfield 2" viral video. The only thing that doesn't make sense to me is why someone would be so excited about moving to NYC after what happened just a few years ago (In the "Cloverfield" universe that is). The city looks to be in awfully good shape for one that was decimated by a giant crab-monster thing.

Let me just state this on the record right now... "Ring 3D" sounds like possibly the worst idea I've ever heard. Know this.