If you're too young to remember when "Embrace of the Vampire" came out then I'm sorry for you. The 1995 flick where Alyssa Milano pretty much just got busy with anyone who came on screen was pretty much the deviant's "Titanic" when I was younger. But good news for the youth of today. A remake of the film is in the works and filming has officially begun with Sharon Hinnendael in the staring role. 99% sure Milano will not be making a surprise cameo in the film.

"Screaming in High Heels" is a new documentary that tells the tale of 2 of the biggest B-movie scream queens of the 80's. Originally edited for TV the full on unrated version of the film will finally see the DVD treatment on August 28th of this year. It'll be a nice walk down memory lane for me to hear Linnea Quigley, Brinke Stevens and Michelle Bauer talk about the films that made me the man I am today. I should probably hate them shouldn't I.

Craig Bierko has been confirmed for the cast of "Scary Movie 5". I think we'll all sleep a little better tonight. 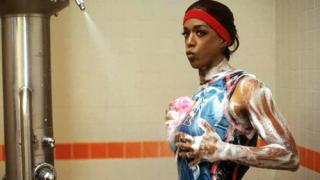 Episode 200 - "Return of the Living Dead" plus much more!

Ready your tissues, it's about to get emotional up in here...

Eric Powell, creator of "The Goon" comic recently took to his blog to set the record straight on the current status of the big screen adaptation of the book. Despite rumblings around the net the movie is still very much going to happen and the production company behind it is currently looking for funding. I don't know if that means they're having bake sales or something but honestly that doesn't sound too good.

If you're as excited about ABC's "The River" as I am then you're honestly not that excited. It's on Tuesdays. I already have shows on Tuesdays. I'm not even sure I can work it into my schedule. The new website that just launched for it isn't really helping either. Sure it's all animated and crap and sure it's like a fun game but seriously, there's going to be DVR conflicts out the ying yang for this thing.

I love me some Linnea Quigley, I don't care what age. Alright that sounds kind of creepy but the news here is that the lipstick queen will be showing up in "1313: Cougar Cult". The film is set to go direct to DVD (shocker) on February 7th and revolves around a group of college guys who get a summer job working for three older women who actually turn into cougars. I think that's a pun, or a play on words, or a haiku.

I have no idea what these ramblings mean but Nicolas Cage wants to remake "The Wicker Man"... in Japan... and have "Ringu" director Hideo Nakata direct it... and have the main character be a ghost this time. No sarcastic comments here, folks. Someone needs to help this guy.

Some new artwork and an adorable featurette have popped up online for the A&E adaptation of Stephen King's "Bag Of Bones". The mini series tells the story of a grief stricken father dealing with the loss of his wife while dealing with a bitter custody battle. As you might expect the show takes place in Maine, which if you haven't visited before I suggest you drop what you're doing and head there now. The foliage... I can't even to begin to describe the foliage.

I think it would be a hoot to see Vince McMahon at the Oscars but I'm not going to hold my breath. But maybe, just maybe, the WWE funded "No One Lives" which revolves around a group of criminals who find themselves hunted by a killer will get some Oscar buzz. There's little to no chance of that ever happening but a gal can dream can't she.

I love me a Zombie comedy. Alright I really liked "Shaun of the Dead", the others I've seen have been kind of crap. But here's some new stills from "Dead Before Dawn 3D", which has none other than piranha expert Christopher Lloyd on it's cast list. I'm willing to be open minded here. But that's just the kind of guy I am. 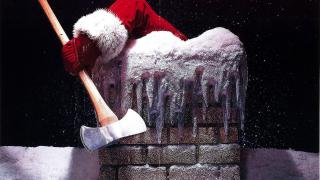 So the story is floating around today that "Harper's Island" on CBS is officially canceled. Of course, since it was basically a summer filler miniseries, I'm not sure how people thought it had a chance of being "picked up" anyway. Besides, wasn't everyone dead at the end? Oooops... spoiler!

"Anchor Bay" has picked up "Grace" for a DVD release and limited theatrical run. The indie has been blazing up the festival circuit lately, and Anchor Bay seems like a logical place for it to find a home. It's an extremely limited release, only hitting a few theaters in NY and LA, but if you live in those areas you just might have the chance to see it on the big screen. The film is about "a mother who brings her dead fetus to term, and gives birth to a child with an appetite for blood".

After numerous stumbles along the way, the comic adaptation "HACK/SLASH" has a new director. Frederik Bond will be replacing Todd Lincoln as the helmer. The film will supposedly begin shooting by the year's end. "HACK/SLASH" deals with a sexy young woman who travels the country, taking on homicidal maniacs and serial killers along the way.

"Zombieland" has a poster, and it's pretty sweet.

Hi-res pic of Linnea Quigley handing out Halloween candy in the "Night of the Demons" remake.