I've never hidden that fact that I want to make a sweet sweet baby with the original "The Amityville Horror" and now I'm giddy with delight over the green lighting of "The Amityville Horror: The Lost Tapes". The movie, which is set for a 2012 release, will focus on a journalist trying to uncover the true story behind the house after the events of the first film. Will it be awful? Mostly likely but F you, I want to see some bleeding walls!

Universal has decided to push the start date of Ron Howard's adaptation of Stephen King's "The Dark Tower" after rumors were flying around that they might pass on the 3 movie series all together. Why would they do this? I don't know, I'm not allowed in these meetings. Have you seen my wardrobe? They're not going to let a jackass in dirty jeans and a "Don't Mess With Texas" t-shirt into a big fancy executive meeting.

I'm a cynical asshole, by nature, and because of that it pains me more than anything else in the world to admit the trailer for the "Fright Night" remake actually looks really really good. And I'm not even saying that because Colin Farrell is a dreamy SOB. On a side note. When the hell did we find out this movie was going to be in 3D? I could have sworn two weeks ago we found out the cast. Now it's releasing in August? Where the hell have I been?!

Danielle Harris has become the go to gal for horror movies that aren't going to be released in theaters so here's the trailer for "Shiver", a horror movie she stars in that I'm 99% sure is only going to play in 17 theaters across the country. What the hell do I know though, it's got the guy from "Starship Troopers". Anyway the film focuses on a secretary who fights back after being assaulted by a serial killer. Rae Dawn Chong is in it too... take that however you want.

If you plan on giving up watching Syfy movies for the New Year you might want to check out the new clips from "Mega Python vs. Gatoroid" first. I'm going to go out on a limb and say this is going to be the greatest movie they've ever made. That's a tall order I know but it does have Debbie Gibson and Tiffany.

Danielle Harris is back my friends with "Shiver" and I am just tickled pink. The movie is about a secretary who's being stalked by a serial killer who has to fight for her life. I hope it has singing, that Harris has got a heart of gold that I know it's just waiting to get out. I don't even think I'm being sarcastic.

It's what the kids call a "slow day" around here at the BGH newsroom so here's a trailer for "Devil in Baby Joan" which is pretty much a "The Last Exorcism" knock off but it doesn't look awful. At the very least it's got some really nice looking title animations. So that's something, huh?

And because one of you did something very very wrong this year and we all need to be punished here's the On Demand trailer for "Hatchet 2". It's a trailer for the movie to let us all know that it's going to be On Demand. I probably didn't need to explain that though.

Your favorite gravel voiced and bald headed hearth throb Vin Diesel has made a few nerds happy by announcing that he and David Twohy are re-teaming for a third "Riddick" film.

Rhett Reese and Paul Wernick, writers of smash hit "Zombieland" are feeling rather cocky of late. In the same interview we posted earlier in the week, the two authors talk about their dreams of turning the film's universe into a TV show. Sure, it seems far fetched but you can put money on the bet that I'd probably watch it faithfully!

Top Cow comics has put up a trailer for its upcoming motion comics for "The Crazies". It's Friday, you know you'd rather read comics than work anyways.

Good news for you romantic types, there's yet another tween supernatural romance in the works pitting a teenage girl's hormones and a twinkie monster. Sparkling vampires were bad enough, how abouta teenage girl in love with a boy that turns into a wolf every winter? We're one step closer to 'Furry: The Movie' folks.

Lucky McKee and Angela Bettis are prepping for another team up, this time on the sequel to the "The Offspring", "Offspring: The Woman".

"Walking Dead" author Robert Kirkman sat down with MTV to talk about the TV version of the show, to be directed by Fran Darabont. In the interview Kirkman discusses fans' fears of a lack of gore on AMC, but he has faith in Darabont, who he says understands the story 100%.

Are you over the whole "Twilight" flavor of vampire teen romance? Fear not, as Unique Features has picked up the film rights to Maggie Stiefvater's "Shiver", a teen werewolf romance novel. There's enough love to go around!

Lionsgate has released a slew of promo stills from their latest batch of Ghost House Underground films. Included in the bunch are a new Jack Ketchum adaptation as well as "Blair Witch" maestro Eduardo Sanchez's "Seventh Moon". 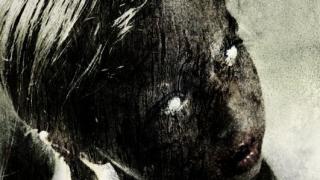