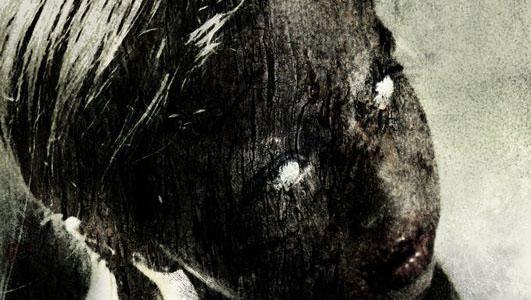 Santi, a high-schooler who attends night school because of his allergy to sunlight, moves with his mother to a rural town located in a heavily wooded area in the mountains, where there is only 5 hours of sunlight a day. They take residence there in hopes that Santi can continue a more normal life and make more friends, but soon after moving, suspicious murders begin to take place.

First livestock starts turning up dead, and then later human bodies, with each corpse having had its throat ripped out. At first the townsfolk suspect an animal, but then they begin to suspect Santi, because he is always conveniently at or near the murder scene. Santi, however, suspects something different, as he has the feeling he is being stalked by “something” in the woods. To help him prove his theory, Santi enlists one of the girls he meets at school and one of his old friends from the city, but they aren't prepared for what they find hiding in the woods.

It becomes fairly clear to Santi and his friends what the “something” in the woods is about half way through the film, but in the end it isn't exactly believable or even that plausible. The final scene, while beautifully shot in yellow and white light, comes off as laughable rather than shocking. It falls victim to a sort of “Carrie” ending, trying too hard for a memorable final scare.

“Shiver” has a fantastic sense of light and darkness. Ortiz, a cinematic Carvaggio who fully understands the claustrophobic sense of forests, sends Santi running through the woods at night, blacking out the screen except for what moonlight can be made out through the trees. It's interesting to have Ortiz shut down the visuals of his film for about the first 3 minutes, as your ears begin to adjust to the strange noises of the forest, but after the 4th minute it loses it's appeal and feels like Ortiz could have gotten much of the same effect by throwing a blanket over the camera.

Ortiz has a great sense of framing as well, as many of his shots are setup more like paintings, paying special attention to lighting rather than overall composition. “Shiver” recently won the Gaudi Award in Spain for best special effects and best sound, which is evident with all of the creepy noises he uses, especially in one particular scene where Santi is trapped in the house with the forest “something”. Ortiz likes to hold shots on characters, while most of the action happens in the background, focusing on the character's reactions and fear than to the actual monster.

Shiver isn't bad, but it isn't great either. It will appeal to teenagers and tweens who are just becoming accustomed to the horror genre, but the convoluted plot and blandness may lose their interest after a while. Either way, the film has great visuals that really play to the darkness and shadows of that particular part of Europe.

Having 4 writers on your film is never a good thing. In “Shiver”, it is obvious someone couldn’t commit to one idea. Santi appears to be a vampire with pale skin, long canines, and an aversion to sunlight, but he isn’t. Something in the woods is murdering livestock and then people, ripping out their throats. Said “something” is also stalking/following Santi, has tried to coax him into the sunlight, and has possibly been in his room while he was sleeping. “Shiver” could be a sharp little monster film if it would commit to one idea, but ultimately it flounders, remaining uncommitted to anything.

“Shiver” is a mild horror movie in comparison to neighboring France's new releases, and while there are scenes of violence, this film leans more towards a mystery-drama than a hard R horror film, which may appeal to fans of other drama based horror films such as “The Orphanage” or “Pan's Labyrinth.” Unlike these films however, there never seems to be a point in "Shiver" where Santi feels at real risk. Even when he comes face to face with the “something” in the woods, it never feels like Santi is going to meet his end, a flaw which utlimately ends up being the film's undoing.