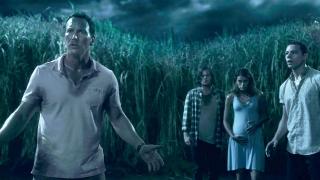 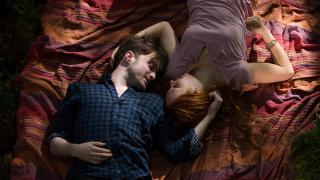 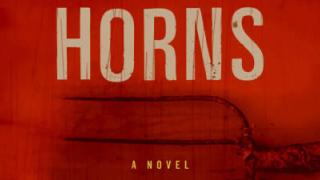 Word around campus is that Neil Marshall will direct the film adaptation of the graphic novel "Kong: King Of Skull Island". The story is set after the original tale of King Kong and follows the events after Kong's body had disappeared. I have nothing sarcastic to say about this because it sounds awesome. I will though point out how ridiculous it sounded when Tim Curry said "gorilla" in 1995's "Congo".

Screen Gems has bought the rights to "The Unsacred", a new supernatural thriller from writer Amanda Gusack. You might know her from the 2005 horror film "In Memorium" but most likely you recognize the name from my one man all drag stage show based on the life of John Cusack. Think about it for a second, it makes total sense.

Jason Blum, the guy who's produced every horror movie you've scene in the past 10 years, is teaming up with Kevin McCormick to bring "White Smoke" to life. As you might have guessed by the title the project will follow a number of spooky time events that put the Vatican on its heels. No word yet on when the project will see the light of day but Jeff Richard and Mark Bianculli are lined up to pen the script for the project. Priests, they're so hot right now. 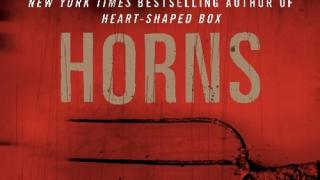 Alexandre Aja, the fella who directed the "Piranha" and "The Hills Have Eyes" remakes has officially been tapped to directed the upcoming big screen adaptation of Joe Hill's "Horns". The books tells the tale of a man who awakes one morning after a night of hard drinking to find he's sprouting horns out of his head. Then a bunch of other stuff happens, like he finds out who killed his girlfriend and stuff. There's some snakes too. The point is I read the book and I want people to know I'm literate.

Horror hot pocket Neil Marshal (I don't know what that means) is being eyed by the good people at CBS Films for their upcoming film titled "Hellfest". The film is about a Halloween themed park where one of the workers is actually going around killing people. This all sounds pretty awesome to me. The director, the story... the killing... well alright the killing part isn't awesome. Ya know, in real life and all. In the movie it's probably going to be cool. And I love roller coasters.

The trailer for "Battleship", a movie about the classic board game, hit a couple months back and looked like one of the most ridiculous things to ever be put on film. But reasoning be damned because Peter Berg is already talking about a sequel. And why shouldn't he. They've made three of those "Alvin and the Chipmunks" movies already and two "Garfield" movies. Alright to be 100% honest I watched the first Chipmunks movie over Thanksgiving break and it was delightful. They're so tiny and adorable.

If this memo is to be believed than it looks like we'll be seeing the teaser for "Scream 4" in theaters sometime this November. If it's fake a bunch of people will talk about how stupid all of us were for thinking it was real. One thing is for sure though, I have absolutely no desire to see "Scream 4"

Steven Spielberg along with Alex Kurtzman and Roberto Orci are planning on bringing Joe Hill's "Locke & Key" to the small screen in the near future. The comic book revolves around a couple of kids who watch over a old mansion filled with spooky doors that send them to different worlds and give them super powers. With so many people with classy sounding names attached to this there's no way it can't win.

Good news everyone! "Saw II" the video game will be available for your PS3 and Xbox 360 on October 19th. Alright I really have no idea if that is good news but it can't be any worse then "Saw 3D" coming out shortly after.