the woman in black 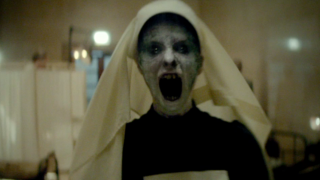 What happened to that kid's mum? The world may never know. 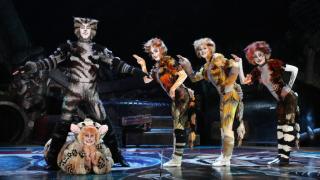 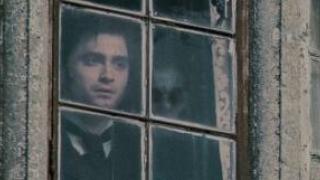 Why the hell not? It looks like Sonar Entertainment and Panacea Entertainment are teaming up to create a new TV series based on the "Hellraiser" franchise. Nothing has actually been written or sold to anyone but if all goes well you'll be seeing Pinhead on Fox Family next Fall.

The "Leprechaun" reboot is finally getting some traction today, dropping the news that it will be titled "Leprechaun: Origins" and has a little leading man in the form of Hornswoggle. Apparently that's a wrestler and I have no idea what his real name is but based on the amount of twitter action I saw this past Sunday during Wrestlemania 95% of our readers have semis right now.

I don't know about you but I loved "The Woman in Black". I want to open mouth kiss it at inspiration point. So now I'm excited for the three way I'm going to have in the back of my Honda CRV because a sequel has just been announced. "The Woman in Black: Angels of Death" will pick up 40 years after the first film and is being penned by Jon Croker who worked as the story editor on the first film. Alright I know you can't have sex with a movie. A guy can dream though can't he?

Get excited, kids! "We Need to Talk About Kevin", everyone's favorite "my son is an asshole" flick is coming to Blu-Ray and DVD on May 29th. That's all I got. Please tip your waiter.

What is it about Stanley Tucci's name that makes me want to pinch a baby's cheeks? Not like in a creepy way, just like in an adorable way. This has gotten kind of weird. He's joined the cast of "Your Voice in My Head" and will play a psychiatrist who helps a self abusing woman, played by Emma Watson, heal her mental scars. Tucci Tucci Tucci! Come on, it's adorable.

I've seen the 1995 movie "Embrace of the Vampire" no less than a dozen times and I could not tell you what the hell it's about. All I remember is Alyssa Milano was nude for 90% of the film and had sex with just about everyone that was on screen. CineTel Films, who I've never heard of but are now my favorite studio, have decided it's time for a remake of the soft core classic. I wonder if Milano will have a cameo. God I hope so.

Chloe Moretz is kind of awesome. She was brutal in "Kick Ass", she was creepy as hell in "Let Me In" and she's pretty damn funny on "30 Rock". So now I'm excited about the "Carrie" remake because she's officially been offered the lead role. If there's anyone that can pull off a pig-blood prom dress it's her. I just hope it isn't after labor day. That's a fashion no-no.

If you didn't like "The Woman In Black" then I kind of want to punch you in the face. It scared the crap out of me. I'm not ashamed to admit it. I'm not going to punch you in the face if you don't buy the DVD when it's released in May though. I understand times are though and you can't drop money on every movie I like. Where the hell would you even keep the entire "Police Academy" series? There's like 9 films. That's so much shelf space.

What we're watching this weekend, Schnaars is everywhere edition

We're just a little over a week away from "The Woman In Black" hitting theaters and I for one am a little damp between the legs about the entire thing. And this new clip from the film has got my river flowing at full throttle this morning. All kinds of creepy toys and lights going out. Oh man it's damp. This is without a doubt the most disgusting thing I've ever written.

The continuation of the second season of AMC's "The Walking Dead" is not too far off my friends and today we've got news that Aaron Munoz and Michael Raymond James will be joining our band of marry travelers. Right now both are being put on the books as "guest stars" so there's a good chance they're not going to be around long so enjoy them while you can. Perhaps with a nice bottle of Bordeaux.

Because of a sugar imbalance I fainted while watching "The Devil inside" so I'm not that impressed by this news but it looks like one movie goer hit the floor while watching a screening of "V/H/S", a new anthology flick from Ti West, Adam Wingard, David Bruckner and Glenn McQuaid. The happening took place during a midnight screening at the Sundance Film Fest so there's also a good chance whoever it was was some kind of sissy boy. He was all "oh I can't wait to get home and watch 'How I Met Your Mother' on DVR! hey is that blood? Uh oh I'm going down!".

Russell Brand has been confirmed for the cast of the upcoming haunted house comedy flick "The Hauntrepreneur". That guy sucks and so will this movie. That's the news.