Here's a new poster for "Unknown" staring Liam Neeson as a husband who visits Germany, gets into a car accident that lands him in a coma and then wakes up to find he's been replaced in the world. The horror of it? He has to stay in Germany to try and solve the mystery.

"Alien vs. Ninja" is a Japanese horror flick from the same producers of "Tokyo Gore Police". This means nothing to me because every Japanese horror film is the same, but I suppose it still might excite some. The film which revolves around a ninja who battles and alien hits DVD and Blu-Ray here in the US on February 22nd.

Anyone else remember those "Dorf on Golf" videos? Well Stephen Dorff apparently had nothing to do with those. He did however have a lot to do with "Blade" and is working on details for a prequel that would see him starring in the film as a sort of Scarface Vampire type. Still it would be nice if he did some golfing in a midget outfit. That crap was hilarious.

"There's Nothing Out There" is a movie I've never seen but it's from the gang at Troma so I can pretty much guess what I'd be getting. For those of you who have seen it, or if you want to see it, the 20th anniversary DVD will hit shelves on January 11th. Just in time for that special someone on your holiday list who you don't care enough to see before the actual holidays.

Big news kids! "The Walking Dead" has been picked up for a second season and I've also completed this big ass puzzle I've been working on for months. The first part of that is probably the news you want to pay attention to. But seriously, that puzzle was a giant f'er, lots of blue and stuff.

A release date for the long awaited remake of Troma's "Mothers Day" has finally been announced. In a bold move the film will be released on April 11th, a full month before the real Mother's Day. Well played big wigs, well played.

The trailer for Uwe Boll's latest film "Bloodrayne: The Third Reich" has finally hit the tubes. It's a vampire hunter flick based on a video game that's set in Nazi Germany. The fact that Boll is German doesn't make that weird at all. 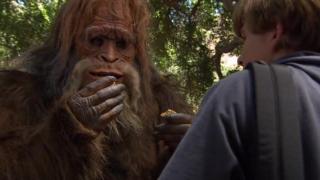 Where do Werewolves go when they die? For decades we thought we'd never know. But the film "Zombie Werewolves Attack", which was just picked up by Troma for distribution, is here to give us answers. They turn into Zombies, that's the answer. You should have figured that out by title alone.

Christian E. Christiansen, a guy who's most notable credit is a Danish series called "Mikkel og guldkortet", is rumored to be the next in line to direct the "Hellraiser" remake. Fret not though, Amber Heard is also rumored to be landing a role in the film and she's famous for, well being hot and stuff.

Mia Wasikowska, who you all remember as Alice from the "Alice in Wonderland" has been offered a role in the upcoming big screen adaptation of "Pride and Prejudice and Zombies". Bradley Cooper has apparently also been offered a role so I'm officially declaring today's news the hunkiest in BGH history.

Finally last night at the 2010 Scream Awards the trailer for "Scream 4" apparently premiered and thanks to the power of cell phones there's now 100 youtube videos of the trailer with tons of crowd noise. Enjoy! 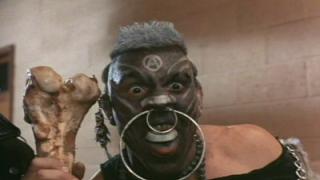 In Episode 123, we review the TROMA classic "Class of Nukem High", and make some hilariously misguided predictions on "Jonah Hex's" box office.

These new production stills from "A Nightmare on Elm Street" would lead us to believe that the movie could be good and gory. We'll have to wait until April 30th to see if this promise rings true.

In a recent interview, Lloyd Kaufman lets slip that there are a number of Troma movies in talks for possible remakes including "Poultrygeist" and "Class of Nuke 'Em High". One would normally take news like this from Lloyd with a grain of salt, but the "Mother's Day" remake has already wrapped and "The Toxic Avenger" is in talks, so stranger things have happened!

Not to let Sam Worthington steal all the godly thunder, Stephen Dorff has signed on to "War of the Gods", another Greek monster fighting montage.

Though we have yet to lay eyes on any of her genre rolls yet, young actress Chloe Moretz has signed on for the serial killer opus "The Fields". With her upcoming turns as our fanged lead in the upcoming remake "Let Me In" and her ass kicking antics in "Kick-Ass", she sure seems to enjoy the genre work.