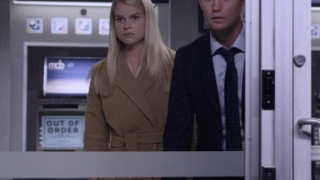 After 31 years, bloated indie-studio Miramax has closed it doors for good. Now, as many horror fans know, Miramax was the home of the genre-label Dimension Films, which brought us such classics as Phantoms, Highlander III and The Crow: Wicked Prayer, among others. The good news is that when Miramax founders Bob and Harvey Weinstein left the company, they took Dimension with them. The bad news? Now those guys new film group, the Weinstein Company, is on the verge of bankruptcy! If they go out of business, who'll make all those shitty Hellraiser and Scary Movie sequels? The answer? ME.

Yo, cheap-ass horror movie rentaz! Listen up! So this bullshit with Redbox is about to get even more real, son! First, you'll have to wait 28 days to rent Warner titles. Ain't that some noise, son??? Now, here come the wackest blow: most Redboxes are stocked by franchisees who purchase titles from Target or Best Buy. Because of this, stores are initiating a five-copy-per-customer limit on all titles. AWWWW HELL NAW, SON! How'm I gonna rent Saw 6 with that brotha who played Eddie Winslow on Family Matters? Thanks, Redbox! Now I'ma gonna download that shit, son!

Speaking of uneducated wiggas, the Insane Clown Posse are back with... a western. Yep. Fresh off the success of the ultra-gory Death Racers, the dimesack duo have upped the ante and lowered the bar even further with Big Money Rustlas. Now I know this isn't horror, but, really, isn't the scariest thing imaginable a Juggalo with unwashed hands handling your McDouble on the assembly line at McDonald's? It is for me, because it just happened. I found a long green hair in my fries as well. Either way, I'm looking forward to the self-esteem building entertainment I'm sure that Rustlas will supply and, as an added bonus, when the BGH gang covers it on the podcast, I'd like to sit in. Clown make-up optional, fellas!