Brad Anderson, of "Session 9" fame, has signed on to direct "The Living and the Dead" for Solipsist films. The story is about a "monstrous character who engages in the 19th century version of snuff theater, luring innocent poeple in a Grand Guignol of flesh and blood".

"Paranormal Activity" producers ready to sell spec for "The Jealous One".

I'm just as surprised as this guy is that Syfy has yet to make a film about the Mongolian Deathworm. Looks like we're both getting our wish?

Check out the trailer for Rob Hall's web series "Fear Clinic". Hall is fresh off his direct to video slasher "Laid To Rest". This new series will be airing exclusively on FearNET. 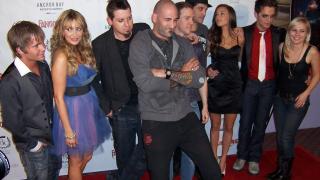 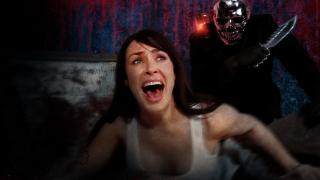 Rob Hall is a prolific special effects guru, responsible for work on series such as "Buffy the Vampire Slayer", "Firefly", "Angel" and "The Sarah Connor Chronicles". His film resume includes the current remake of George Romero's "The Crazies", among scores of others.

His wife, Bobbi Sue Luther, recently became his collaborator on Rob's latest directorial effort "Laid To Rest", a film in which she served as both lead actor and Producer. We sat down with the two of them recently to chat about the project, and here's what happened.