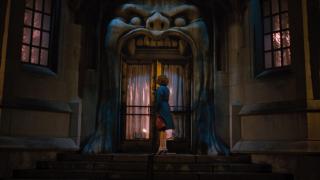 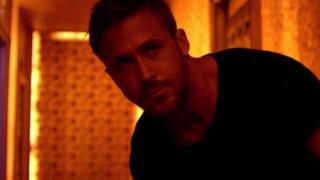 Don't even ask if anyone will forgive...

Red Sea Media has made the smart move of picking up the distribution right to "Squirrels", a new film about a small town being terrorized by the fuzzy little nut munchers. Produced by the same folks that brought you "Abraham Lincoln: Vampire Hunter" there's no word on a cast yet but I think if Tiffany is free she's a sure fire lock to play the leading lady. Keep your fingers crossed.

Mother of god. Warner Bros has picked up the rights to Ryan Gosling's directorial debut titled "How To Catch a Monster". Need more? Christina Hendricks has signed on as the leading lady for the film about a mother whose son discovers a secret road leading to the underworld. I swear to god my keyboard just burst into flames from all this sex.

Salma Hayek is confirmed to be starring in "Everly", a new film from the one and only Joe Lynch. The film is about a woman who must fight her way through a horde of assassins sent by her mob boss ex. What's the interesting point here is that the entire film will be shot in one room which now that I think of it makes me think this entire thing was just one big creepy way for Joe Lynch to be able to lock himself in a room with Selma Hayek for a month.

Joe Dante is teaming up with Simon Pegg for a big screen adaptation of "Casting the Runes" by M.R. James. The story follows a blogger who's investigating the suicide of a celebrity and the self help guru connected to the death. The story was originally written close to 100 years ago which is amazing because they didn't even have the internet back then so how the hell would anyone know what a blogger is? This James guy must have had ESPN or some crap. 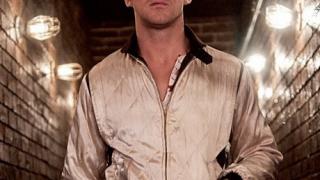 The two fanciest BGH podcast members strike out on their own for a spinoff show. Don't forget your monocle!

It looks like none other than Ryan Gosling has been signed up to star in the long discussed "Logan's Run" remake. Which is exciting because never in my life did I think I would hear my wife utter the words "Honey, I really want to see Logan's Run".

If you're going to buy one toy this year that doesn't require a black bag when walking out of the store then make it the new "The Walking Dead" toys coming from the good people at McFarlane Toys. Two series will be released from the comic book/TV show and the first set will hit shelves this September.

The second clip for "The Bleeding", which stars Kat Von D, DMX and 37 other people you don't think should be acting has hit the net and it is chock full of everything except bleeding. Well alright it's missing a lot of things but really there's not way to have EVERYTHING in one clip is there? Whales, a clown and the Sears Tower... physically impossible to have in the same shot. Think about it.

It looks like Simon West will direct the upcoming remake of "Red Sonja" and right now Amber Heard is the front runner to star. You'll remember West as the director of "Con-Air" and you'll see Heard getting deflowered by Nic Cage in "Drive Angry". I'm not saying if this is a good or bad thing.

Hayden Panettiere, Nikki Reed and Rebecca De Mornay are confirmed for the upcoming High School thriller "Downers Grove". I was going to make a joke about how it's ridiculous that Panettiere is playing a High School student but apparently she is only 21 so that's actually pretty young in movie school years.

What's up next for Oren "Mr. Paranormal Activity" Peli? Why a film called "Eliza Graves" that is loosely based on an Edgar Allan Poe short story. Hell yeah this is going to be awesome. The entire thing is going to be shot on helmet cams. Next level!

Speaking of! Apparently "Paranormal Activity 2" has up to 20 alternative endings to the film that will most likely make their way to the DVD and Blu-Ray releases. A couple of my favorites include the entire family hopping on the pool cleaner and riding off to safety and one where the female cast members all go out for a 3 hour pole dancing class and never bother returning to the house.

Well hello dreamy pants! Ryan Gosling is rumored to be taking the lead in the upcoming big screen adaptation of "All You Need Is Kill". I have no desire to see this but there's a 99% chance I will because my wife has made it no secret that she'd leave me in a heartbeat for this guy. To be honest I don't blame her, his eyes are like two pools you want to swim in for days.