drag me to hell 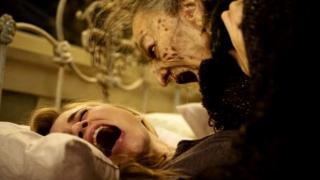 Bloody Promo Clip From "Drag Me To Hell" 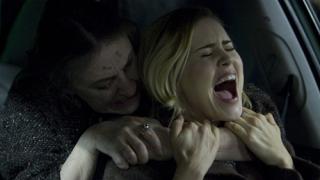 Spoilers abound in our "Drag Me To Hell" episode, which shouldn't matter because surely you saw it opening weekend, Right? 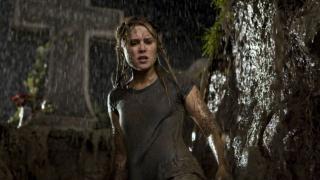 Win Advance Tickets to "Drag Me To Hell"!

The UK version of "Gorezone" has the first official still from the "Children of the Corn" remake that lands on the Scifi channel this summer. He's got corn growing out of his eyes, people!

Catch 4 minutes from "Terminator: Salvation", before it hits theaters May 21st.

The third TV spot for "Drag Me To Hell" has officially landed. I'm still not convinced, but most of our readers seem to be, so I guess we'll find out on May 29th.

Darren Lynn Bousman to direct "Mother's Day" remake/trilogy. We've known he was doing the remake for a little while now, but in this press release comes the head-scratching information that they're shooting to make an entire trilogy out of the remake of the Charlie Kaufman directed TROMA classic. Want to know something even weirder? The film is being triple-produced by Twisted Pictures, The Genre Company, and get this, Brett Ratner's Rat Entertainment. Oh boy, I don't even know where to start with this story.

Keanu Reeves to star in "Jekyl", a modern day telling of "Jekyl and Hyde" for Universal. This is a stretch for him, considering it's out of his "robot/wooden alien" comfort zone. Can he still pull human off? Na, I didn't think so either.

Robert Rodriguez has found a writer for "Predators". His name is Alex Litvak, and he has never written a film that has actually been completed, with only one screenplay to his credit which is "currently in production". Um... sweet?

The full list of MTV Movie award nominations is out, and the biggest winner is "Twilight", which somehow garnered more nominations than "The Dark Knight". Also in the "huh?" category, "Prom Night's" Jonathan Skaech nominated for "Best Villian". If all it took for the nomination was to have five o'clock shadow and wear a baseball hat, I should be nominated like, every day.

The first two TV spots for "Drag Me To Hell" have shown up online. We're now just three weeks away from the theatrical release of Sam Raimi's return to horror.

The official plot synopsis for Rob Zombie's "H2" has been released, and while it's not a whole lot of new information, it does mention "an unlikely new hero", something which has not been discussed up until this point. My guess? He's referring to the now damaged Laurie Strode, who I can only expect Zombie is going to have go all "70's revenge movie" on Myers, because you know, that's what he does.