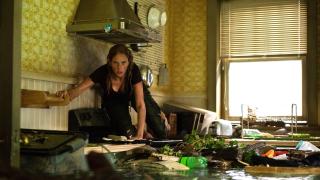 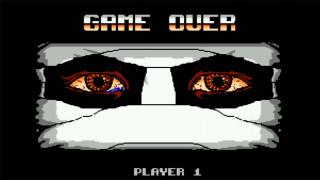 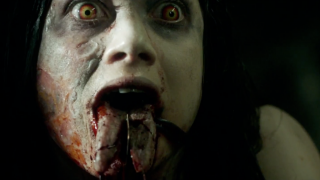 What a strange, confusing, and occasionally wonderful movie this was...

Find out what Joe really thinks about Miley Cyrus...

I had completely forgotten that there is a "Poltergeist" remake in the works but there is and Sam Raimi is producing the crap out of it with his Ghost House company. But who will direct!? Well according to the film's writer, David Lindsay-Abaire, Raimi will take on that role also and I for one believe him. He's got a freakin Pulitzer for F sake. Yuu going to call him a liar?

Want to see Wes Craven's "Scream" on the big screen this Halloween season? Me either but that jackass sitting across from you on the bus probably wants to so it's going to be there starting next week in selected theaters across this great nation. Just look at that guy sitting there, eating those Triscuits. God I want to punch him in the face.

I've never read a Dean Koontz book but his last name always makes me giggle like a school girl. And now I have absolutely no reason to read his book "Frankenstein Will Not Die" because the folks over at TNT are looking to turn it into a TV show. The show will be set in New Orleans and follow the famous doctor and his monster 200 years after it was created. See, if you wait long enough all written words will be turned into moving pictures.

Good news, Brian De Palma has confirmed that he is ok with Kimberly Peirce and her remake of the classic film "Carrie". I had always assumed all these people making remakes went to the original writers, directors and actors to get their approval before they even got started. Who knew.

Learn the disturbing secret we discovered about Andy...