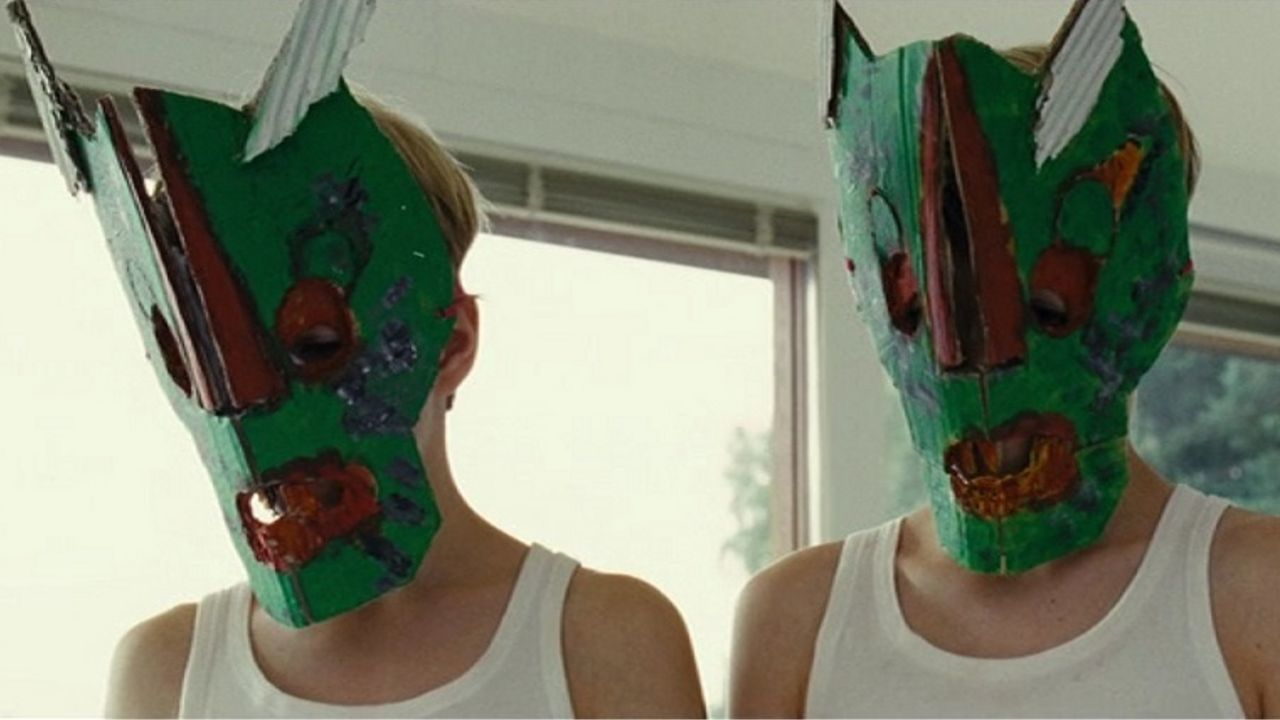 Pinning down a consistent theme in horror throughout 2015 is a touch tricky but the Kiwis and Aussies ruled horror-comedy this year.  Deathgasm offers a healthy dose of broad humor with a leading turn from Milo Cawthrone that channels Bruce Campbell’s Ash through an insecure, pubescent aspiring metal musician who eventually finds his vocals in the process of slaying demons. It’s a movie that wears its dicey masculinity on sleeveless biceps but I couldn’t help but relish every moment of its ribald insanity, genre call-backs, and blood geysers.

Between this and Deathgasm, its safe to say Sam Raimi’s comedic aesthetics as channeled through Edgar Wright are the preferred method for depicting a gore soaked yuck-fest. And while Wyrmwood has its healthy sum of jokes the movie also knows when to give its characters, and its audience, some emotional connective tissue. Its early sequences of families and friends torn asunder in a zombie apocalypse are powerfully striking occurrences that have reverberations throughout the film…that is, when zombies aren’t being decapitated in glorious gore ad nauseum.

I can’t tell you if this movie makes sense. Nor can I tell you if its lead was actually written to be a woman or the filmmakers just felt like having some creative Final Girl casting. What I can tell you is that Last Shift affected me at just the right amount of visceral funhouse level I look for in at least one feature every year. Director Anthony DiBlasi uses negative frame space to great results ala Carpenter while somehow balancing jump scares and genuine suspense in a single location.

7. We Are Still Here

Footsteps on the second floor. Groans and clamoring from the basement. It’s the type of stuff horror has been trading in for centuries. But Ted Geoghegan’s latest ghost story offers a layered and nuanced atmosphere that attempts to get around some of the more played out tropes of contemporary ghost stories. Top that off with ghosts that you are actually frightened of and a gloriously grubby version of Larry Fessenden (horror’s own “Fun Uncle”) and you’ve got yourself a more than solid spook-fest.

6. What We Do in the Shadows

The brilliance of Clement and Waititi’s film is not in its conception but in its refusal to take the easy road. In lesser hands this could have been yet another Haunted House or Scary Movie entry but the direction and performances showcase incredible comedic talent and a genuine affection for the genre further highlighted in the film’s stellar effects work.

Though its conclusion lacks some dramatic heft, this Danish film offers the most unique take on the werewolf in recent memory. Rather than addressing the minutiae of the lycanthrope curse, the filmmakers allow it to hover in the background, informing cinematography, tone, and character. It’s a compelling and handsome looking film that knows the solution to its so-called “problem” has repercussions for an entire community rather than a few individuals.

Patrick Brice’s found footage film is a confident example of how assured direction and quality performances can turn even the most mundane interactions into a desperate struggle for survival. Duplass’s comic mugging on something like “The League” is transformed into some sort of psychotic maniac stare that delightfully dances on that line of being hilarious and terrifying. Add a werewolf mask and a secluded cabin location and you have a recipe for quite the bachelor party.

Guillermo del Toro’s sumptuous showcase of elaborate mise-en-scene and art department prowess is a gorgeous self-proclaimed gothic romance. The film could be praised for its technical elements alone but it’s the inversion of ghosts as inherently amoral entities only marginally concerned with the living that keep makes Crimson Peak a more than worthy contender as one of this decades best horror films.

There’s not much about David Robert Mitchell’s film that the BGH crew hasn’t already gushed over. The film’s melancholy ruminations on emerging adulthood and mortality is so meticulously crafted that every viewing is like the first. Combine this with Maika Monroe and Keir Gilchrist’s performances and a Disasterpeace score I haven’t stopped listening to all year and you have a unique, innovative film firing on all cylinders.

Severin Fiala and Veronika Franz’s domestic horror film is a dread soaked excursion into how we identify ourselves through our relationship to other human beings. With gestures toward films like The Innocents, The Other, and Eyes Without a Face, Goodnight Mommy depicts a moral landscape that is shockingly relatable and incredibly slippery, revealing a situation where the thinnest margin separates the familiar from the unimaginable.