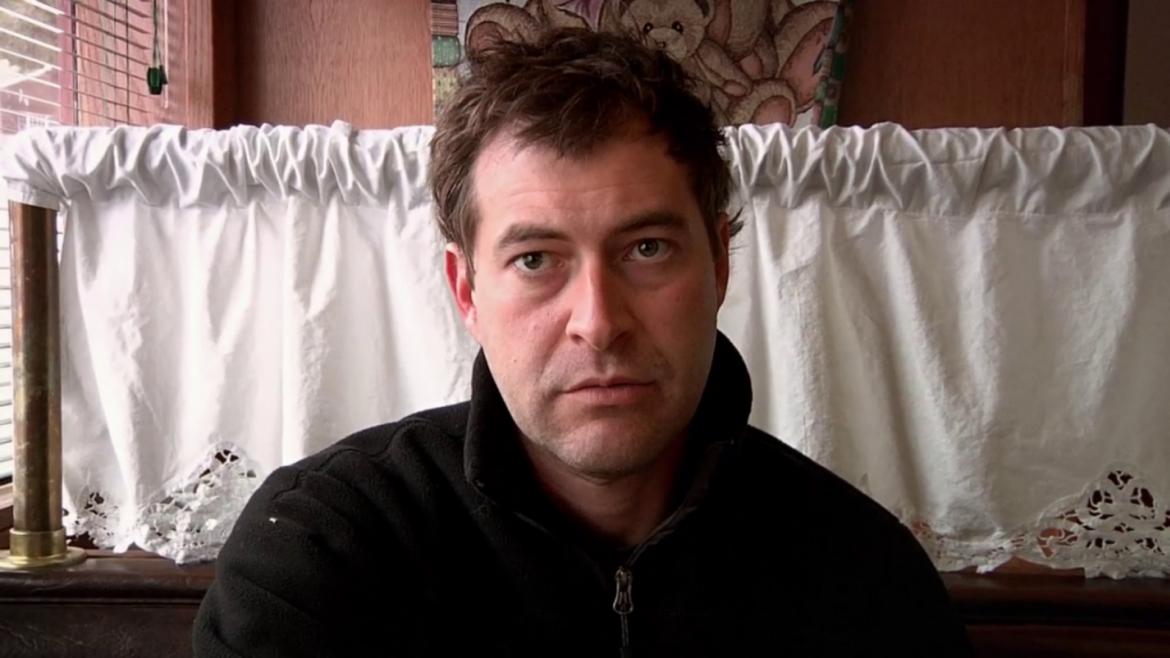 We live at a time when tongue-in-cheek winks and vague meta-postmodernism are worming their way into what is most likely going to be the highest grossing film in history. When self-aware characters survive because they know how to game the “system” of the very move they inhabit. When entire franchises get a new life in the commodities shares…as long as they give us just a taste of the old days. So what does a writer/director do to surprise an audience? The answer in Patrick Brice’s found footage Creep seems to be, “make a horror film”.

Aaron (Brice) is a freelance videographer who takes an assignment off Craigslist. For $1,000 Aaron will follow Josef (Mark Duplass) for the day as he genially spouts life advice and stages experience for his unborn son whom he refers to as “Buddy”. After a couple bizarre occurrences including a bath and a werewolf mask, Aaron and Josef venture into the forest to find a New World version of the Waters of Lourdes. The hike dissolves any reservations Aaron might have regarding Josef’s motives and Aaron soon finds himself at ease under Josef’s charms. That is until a cryptic phone call and his missing car keys signal something nefarious.

What follows is a tightly paced, tense movie that holds its cards close, unspooling information about it’s characters to draw you in before offering some cheap yet delightful jump scares. Taking cues from a number of relationship-gone-wrong films, Creep can be viewed as the flipside to the bromance movies and television shows of the passed decade most exemplified by Judd Apatow’s productions. It’s part I Love You, Man and part Fatal Attraction complete with some saucy side-hip. And though Creep isn’t an outright skewering of these upper/middle class, largely White narratives it does take time to follow the fork down the other side of these possibilities.

The film owes much of its success to Duplass’s cultivated personae that appears simultaneously affable yet full of guile. His performance effortlessly shifts from menacing, melancholy, and cuddly all within the span of a longer than usual stare, something Duplass also plays with in last year’s The One I Love. This manicured demeanor is accentuated in Brice’s deliberately toned down camerawork. Brice utilizes the camera’s intrinsic isolation within the found footage aesthetic to cultivate that essential and typically under baked quality of suspense. The camera effectively holds when it needs to and is perfectly subdued in a way found footage hasn’t quite cued in on since The Blair Witch Project, allowing Josef to read as both deceitfully glib or tender and wounded.

Pieces of the film’s plot mechanics don’t quite hold water following a coda that seems better suited in a film of lesser quality. A phone call and Aaron’s apparent isolation are both a bit too tenuous to keep some nagging questions from resurfacing. But Brice’s restrained camera, the chemistry between himself and Duplass, and an overall tone that teeters back and forth between suffocating tension, dark comedy, and genuine empathy makes Creep one of the best found footage horror offerings.