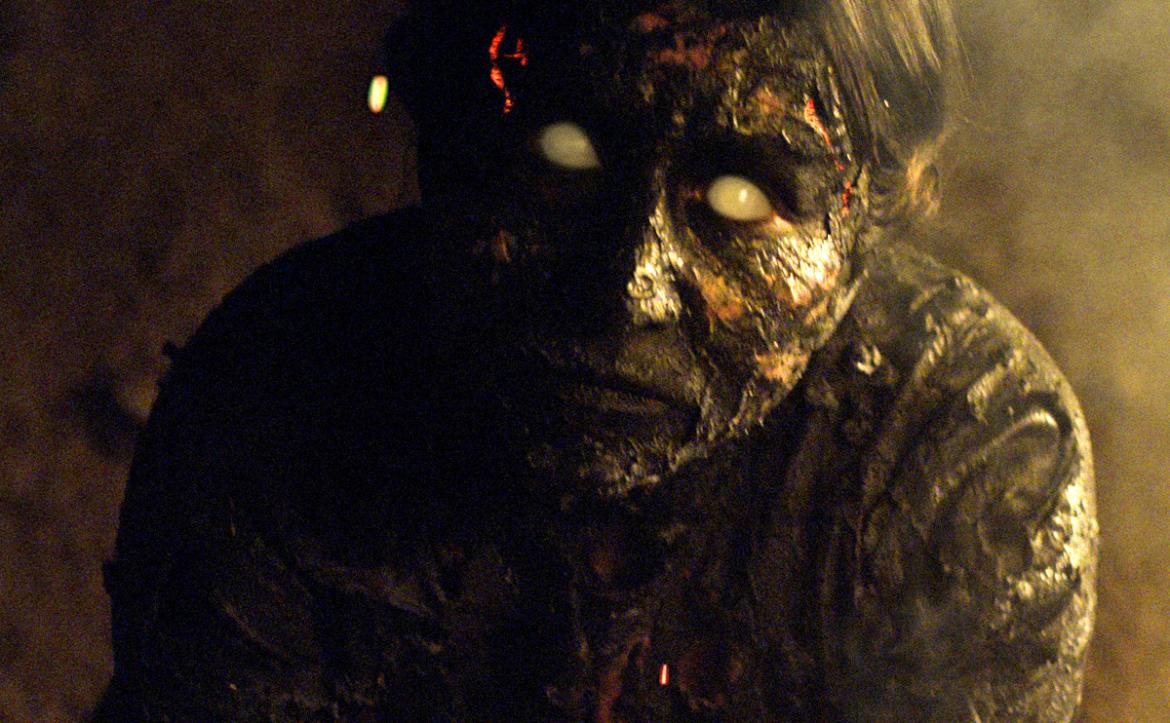 We Are Still Here (Movie Review)

There are movies that pay homage to the horror classics of the 70’s and then there are movies that take that influence and deliver something exciting in their own right. We Are Still Here is definitely in the latter category and holds its own among classics and its contemporaries alike. The horror genre has seen plenty haunted house stories and plenty of times have been let down – until now.

The film, We Are Still Here, centers on Anne and Paul (Barbara Crampton and Andrew Sensenig) who are moving to the rural countryside of New England to start over after the tragic death of their only son, Bobby. Upon moving into their new home, that was once a mortuary, Anne tells Paul that she thinks she can be happy here – that she can feel Bobby’s spirit in the home with them. Though Paul doesn’t believe his wife, he indulges Anne’s sentimentality in hopes that she can start to move past her grief with a new start. As strange things begin happening in the home and their even stranger neighbors (the husband played by Monte Markham) dropping by uninvited and seemingly supporting the idea that spirits are in the home, Anne decides to call on her medium friend, who also happens to be the mother of Bobby’s best friend, to come and perform a reading in the home to contact her son. However, to their dismay, it’s not Bobby who is contacted but the family who previously own the home and they want revenge.

Though the influences from 70’s TV movies, Lovecraftian prose and director Lucio Fulci’s films are very prevalent – there’s nothing quite like (debur director and also film writer) Ted Geoghegan’s We Are Still Here and that’s only part of what makes it amazing. As the main cast is comprised of older actors the performances are subtle, yet well-honed and polished. The underlying emotion for the motives of the characters drive the film head on into a dark and twisted small town of lies and violence. The other half of the cast, the Dagmars (the family who previously lived in the home) are so well portrayed both as actual characters but also as terrifying beings from the other side. Not only are they evil and out for bloody violent revenge, they look amazing and are horrifying any time they are on screen. The practical special effects add to the creep factor and allow for truly unsettling interactions between the living and the undead – sending chills throughout the film. The only gripe (if you absolutely have to have one) is the background story is a bit secondary to the atmosphere and scares, but the dots are there to connect if you’re looking for them.

Overall, We Are Still Here is a spine tingling jaunt down the Greats-of-Horror Lane and takes up permanent residence as a new classic. It’ll be exciting to see what Ted Geoghagen brings us next.