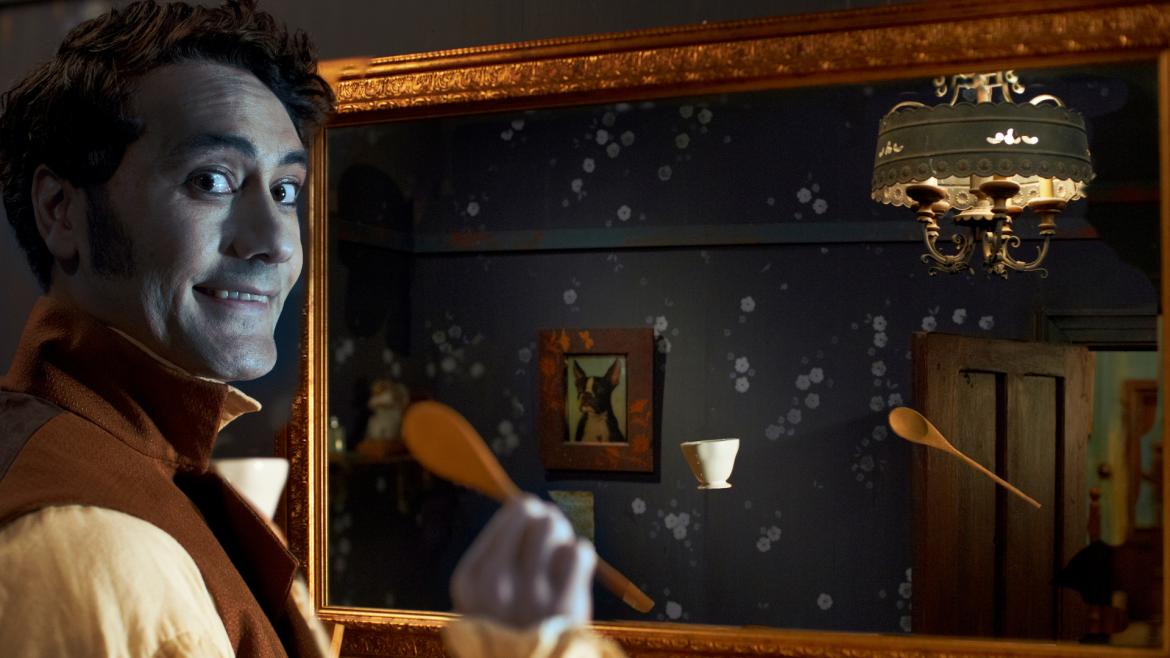 What We Do in the Shadows (Movie Review)

Reviewing something like  What We Do in the Shadows is a bit like reliving the first time you saw a This is Spinal Tap and The Blair Witch Project double feature. It’s not that Co-Directors and Co-Writers Jemaine Clement and Taika Waititi have reinvented some of cinema and television’s favorite popular styles. Rather, “What We Do in the Shadows” does the very important work of reminding its audience that just because something is tired, doesn’t mean it can’t still be reawakened given a new voice…and some strapping ascots.

Vladislav (Clement), Viago (Waititi), and Deacon (Jonathan Brugh) are a trio of vampire flatmates who reside in Wellington. Together with their reclusive, monstrous, and rather untidy companion Petyr (Ben Fransham), the group negotiates the mundane tasks of household chores while keeping boredom and the munchies at bay. The routine is shaken up when a recently turned vampire named Nick (Cori Gonzalez-Macuer) joins the group and begins exposing their nocturnal proclivities a little too boldly.

What happens when vampires stop being polite and start being real? Turns out a lot of incredibly funny jokes about dishes tossed with a sprinkling of the red stuff recalling this scene. The technical work on display is on par with some of the best actual Horror found footage. Vacillating between energetic goofiness and believability, the effects are one of the many important bridges that connect the characters’ supernatural origins with insecurities just a tad more relatable.

Though the film is firmly rooted in these moments of the gross-fantastic-everyday each character is provided an arc through which many of the jokes are filtered. Vladislav suffers from feelings of irrelevance and inadequacy. Viago pines for a “young” woman he never reconnected with in Wellington. Nick is still wet behind the ears, stumbling through the motions while showing off. Deacon is left to find a new place in the group as the now unseated rebel. Nick’s human friend, Stu plays the straight man to the end, holding all the insanity together. But it is the sketch comedy talents of the filmmakers and performers that is the lifeblood keeping the film light on its feet.

As parody What We Do in the Shadows is quite accomplished in it’s handling of jokes that build from these character, genre, and domestic sources, keeping each thread separate until the exact right moment. The balance struck between lackadaisical, quotidian actions and their juxtaposition with the fantastic, gruesome genre material successfully comments on the absurdity of domestic and social squabbles while punctuating them with some spry genre skewering.