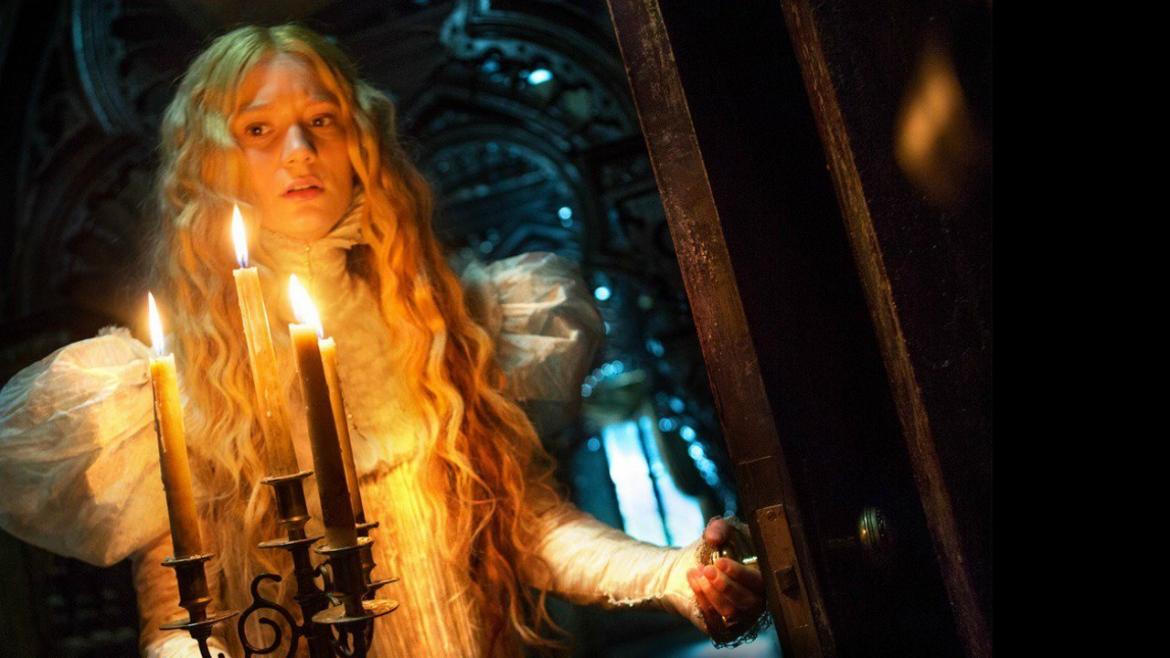 When you hear the name Guillermo del Toro, the images conjured are usually those of sprawling surroundings, fantastical creatures, and a blend of beauty and horror that takes its cues from the gothic classics. In the last several years, del Toro has had his name attached to several projects – some more successful than the others – that have strayed from what he does best. But, with the release of Crimson Peak, he has made his triumphant return.

In a tale that spans continents, Edith (Mia Wasikowska) is the only daughter of a well-to-do businessman in Buffalo. After the loss of her mother at an early age, Edith is transfixed by stories of ghosts and hopes to make her living by writing. When she meets a young baronet named Thomas (Tom Hiddleston), she is immediately smitten. After the sudden death of her father, Edith finds herself swept up and moving with Thomas and his sister, Lucile (Jessica Chastain), to their remote estate in England; which has earned the nickname Crimson Peak, after the way the color from the red clay deposits leaches into the snow in the winter. But Edith’s fairytale marriage is too good to be true, and before long she learns that ghosts aren’t always just metaphors.

From its first scene, every shot is constructed in exquisite detail, from the costuming to the set design, it is hard to look away. The camera seems to linger and wander through this beautiful world, landing briefly to allow our eye to focus only to alight on something else entirely. That same level of detail is present in the score as well as in the beautiful scene transitions where the edges slowly fade to black, taking the image with them. This film has had mixed reviews, which are mostly tied to the viewer's tolerance for period-piece silliness, but Del Toro's artistic hand in this film is undeniable.

Diving headlong into the gothic style from which del Toro’s work has clearly drawn inspiration, this story of love and death is full of twists and turns and, as a result, this film also seems like the purest expression of the blurred edges between beauty and horror in the director’s pantheon. As the breathtaking sets and costumes are contrasted with equally extravagant gore. Even the ghosts who plague Edith (which are, admittedly, not executed the best that they could be) are at once horrifying and entrancing. The stark reds and blacks making them hard to look away from.

Unlike most classic fairytales or gothic horrors however, this film is concerned less with the central love story and more with the story of the two women in Sir Thomas’ orbit: Edith, doe-eyed and naïve, and Lucille, strong to the point being terrifying. Both actresses turn in stunning performances as they whirl around each other and the complexities of their entanglements become more clear. Chastain, in particular, disappears entirely into a role that is wholly unlike anything she has played in the past and the results are mesmerizing. Del Toro, seems transfixed by these two women and in turn so are we.

There seems to be no way to predict whether you will enjoy Crimson Peak or not, but you owe it to yourself to find out.