Learn the disturbing secret we discovered about Andy... 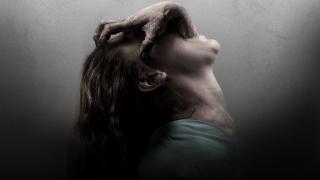 We've all been sitting on pins and needles to see what's next in the ongoing tale of the big screen version of "Ouija", the classic talk to dead people "game" from Hasbro. Well Juliet Snowden and Stiles White are next in line to write and direct the flick, which has already seen a few names come and go from the production sheet, and Michael Bay is still set to produce. The duo recently worked on the upcoming kid with a demon inside flick "The Possession" in case you were wondering. In contrast Michael Bay recently finished getting a BJ from a Russian stripper who has hopes of being in "Transformers 8: Dry Hump of the Dinobots".

Hail Satan! "Rosemary's Baby" is coming to Blue-Ray on October 30th for all your demon baby Halloween needs. The disc will be chock full of interviews, making of docs and restored goodness. Plus if you buy it you'll be supporting the world's most famous sex offender. It's really a win on all accounts.

"Vamp U" is going to change the way we view film forever. I don't even care what the movie is about. I know from title alone it's going to be a game changer. And thanks to the lucky folks at Level 33 were smart enough to acquire the rights to the film. I'm sure there was a bitter bidding war over this one since it will no doubt blow all box office records away. Wait it's a vampire comedy with a guy named Wayne Gretzky who can throw his teeth? Just close production on every other movie being made in the world, Hollywood people. There's no way you're going to top this one. 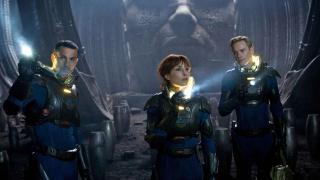 My 9 Most Anticipated Horror Films of the Summer

Selma Blair has been in a lot of movies over the years, but to me she'll always be that girl who made out with Buffy in that crappy teen movie where everyone dry humped. You know the one I'm talking about. Well now she's set to star in "Columbus Circle", a new flick where she'll play a girl who hasn't left her apartment in nearly 20 years who has to confront her fears when her neighbor is murdered. I look forward to not remembering her in this also. Unless she makes out with a girl from a crappy 90's TV show. The cast of "Charmed" I'm looking at you.

When a movie gets pushed back a couple weeks you take notice, but don't really get worried. When the Sam Raimi produced film "The Possession" gets pushed from a January release to August 31 then you start to think something might be up. The movie, which follows a couple kids who accidentally unleash a an evil spirit hell bent on their destruction, has already been pushed once before so nothing good can come of this. Although maybe Raimi just likes the summer months. They're so much happier.

Legendary Pictures has acquired the rights to a new flicked currently titled "Spectral" which is being described as a grittier version of "Ghostbusters". The film comes from Ian Fried, a name I find on IMDB but I'm assuming it's not the same guy who was the voice of Timothy in "The Secret of NIMH". Although if it is I'm already a giant fan.

Think you're sick of exorcism films? Well think again my friends because none other than Nicolas Cage is being courted for a new film "The Quiet Ones". The film is based on the real life happenings of a team of Cambridge academics in the 1970's who record their investigation as they attempt to exorcise a poltergeist from a young girl. Didn't I blow your mind this time? Didn't I?