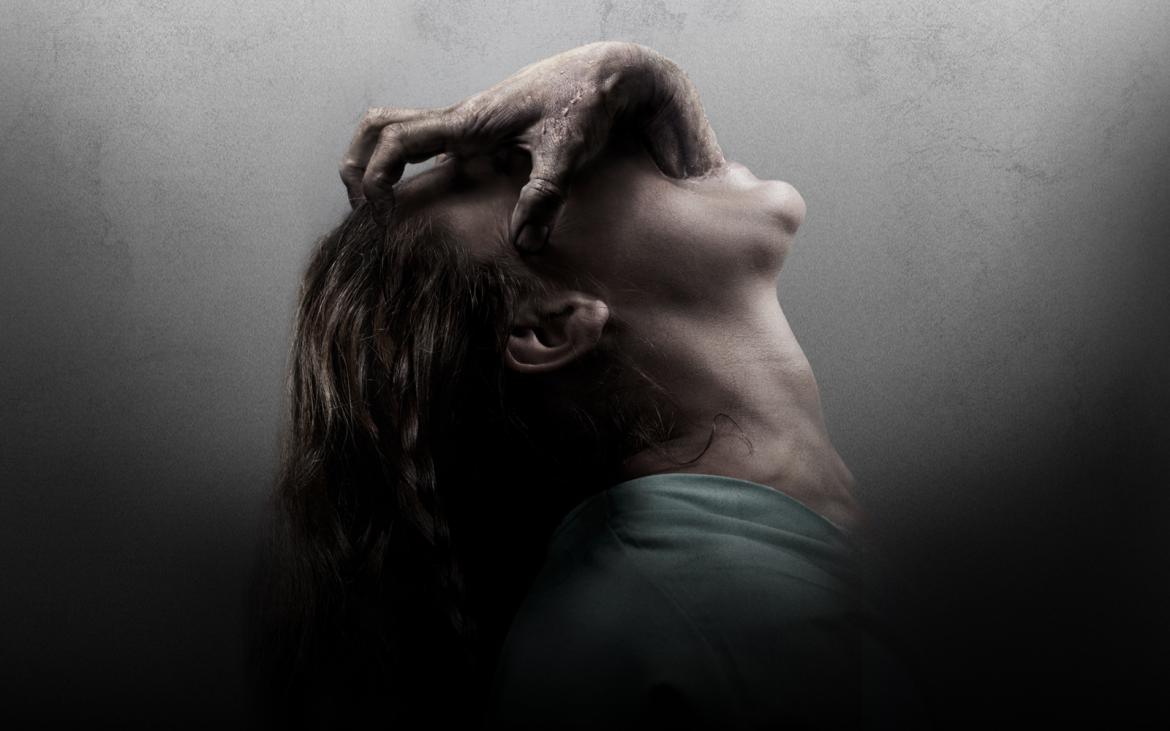 "The Possession" is an exorcism film in the vein of the grandaddy of them all, "The Exorcist", one that proudly wears its 70's roots on its sleeve. Helmed by "Nightwatch" (1997) director Ole Bornedal, "The Possession" stars Jeffrey Dean Morgan as a single father, doing his best to deal with his career as a basketball coach, while trying to maintain a relationship with his two young daughters, whom he has custody of on the weekends. This task is made harder by his relationship with his wife, whom was clearly the one who ended things.

Very early on, while watching his daughters for the weekend, Clyde (Morgan) takes them to a roadside garage sale, where his daughter picks up a strange box covered in Hebrew lettering. It's a box we've seen before, in the opening scene, muttering an incredibly creepy song right before it nearly kills a woman with an unseen force. Needless to say, it's obvious this won't end well.

After discovering how to open the box, Clyde's youngest daughter, Em begins acting strangely. She becomes distant, agitated, and eventually violent. A steady flow of strange occurrences begin to make Clyde feel uneasy, including the bizarre moth problem that seems to be invading his house.

After a string of particularly jarring incidents, Clyde decides to look into the box's origin, and quickly learns that it's what's known in the Hasidic Jewish community as a "Dybbuk Box", a box designed to contain an evil spirit for eternity. At this point the spirit, having inhabited Em's body upon being released, conspires to keep Clyde away from her. Powerless to save his daughter, Clyde looks to a higher power, in this case a group of Hasidim living in New York City. After pleading with them to help, a lone young man agrees to follow him back. This leads to the inevitable exorcism climax, and all the things that go with it.

Stylistically, Bornedal's direction could be described as "Kubrick-Lite". The man clearly understands the power of a slow zoom, and at several points in the film uses brilliant pacing to lull the audience into a trance before delivering a seat-jumping jolt. The whole style of the picture harkens back to the more understated chillers of the 1970's, including films like Kubrick's own "The Shining", or the subtle chiller starring George C. Scott, "The Changeling". The only time Bornedal betrays these roots is during a few key moments, when he perhaps relies too heavily on CGI to convey disturbing imagery. Despite this, it will be interesting to see where his career goes from here, especially if he continues to work within the genre.

There's one main theme that sets "The Possession" apart from the glut of possession and supernatural films of the last few years, and that's a heavy dose of heart. Strip away all of the horror tropes, and what you have is a really solidly written drama about a family attempting to deal with the trauma of divorce. Your heart bleeds for Clyde, who remains hung up on his ex wife, and is struggling to remain close to his two young daughters. This is partly due to the script, which wisely metes out steady character development, but also to Morgan's kind nature as an actor. He just has a face that conveys sympathy without much effort. As kind as Morgan comes across, his wife, played by Kyra Sedgewick, is equally cold. This duality masterfully sets the stage for the family drama employed here. The rest of the cast is sparse, with the big standout being Natasha Calls as the possessed daughter, "Em". She brings a surprising gravitas to the role, given her age, and her steely looks provide the basis for many scares in the film.

In the end, "The Possession" rises above other recent films in this subgenre by grounding itself in a very strong, emotional story. Around this, as the dressing, is a tightly paced little horror film crafted by someone who has obviously studied from the masters. At the end of the day though, it's hard to call it anything other than just another possession film, even if its individual elements are stronger than most. If viewed in a vacuum, one might be inclined to call this a great horror film. Viewed against all the other recent films like it however, and it's hard to look past the fatigue.