Good news Harry Potter fans! Mr. Elijah Wood has been confirmed to be taking on the lead role in the upcoming "Maniac" remake. Yes I know he didn't play the little wizard boy but now that I mention it they do kind of look alike right? Man it's fun to do things. A remake of the 1980 cult classic, Wood will play the role of a serial killer who stalks his pray while experiencing strange hallucinations. Avada Kedavra!

Ryan O'Nan is the latest name to be added to the ever growing cast list of "Frozen Ground". The film, which stars John Cusak and Nicolas Cage tells the story of a real life serial killer who hunted people like game on his land in Alaska. O'Nan will play a state trooper who helps with the hunt. I don't think I've ever seen a movie this guy was in so I'm really drawing a blank on any witty comments. I'm sorry I've let you down.

It's time to throw another shrimp on the barbie and drink a spot of tea! Why you might ask? Because the 1978 Australian flick "Patrick" is getting the remake treatment. The movie, which tells the story of a man who starts to flex his psychokinetic powers when he goes into a coma after killing his mother and her lover, will have a release date sometime in 2012 and will be directed by Mark Hartley. A cast is already shaping up and right now I don't see Paul Hogan's name anywhere on the list but I assume it's only a matter of time.

NBC has given the thumbs up to a new series titled "Hannibal" which will be based on everyone's favorite cannibal Hannibal Lecter. The show will skip the whole pilot process and go directly to 13 episodes in the hopes that the kids will go gaga for it. Not little kids though. It would be weird if you sat a 3 year old down to watch a show about a guy who eats people. That's just how I parent though. I'm not judging you. 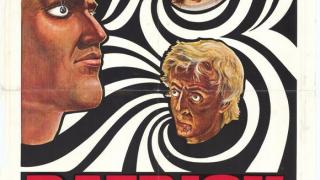 According to Darren Lynn Bousman's new production blog, we can expect to wait awhile for his remake of "Mother's Day".

Wes Craven has announced that "Scream IV" will start shooting this coming May. He also let us know that he plans on directing until he drops dead. This is what people in the business call 'foreshadowing'.

Aussie director Mark Hartley, who previously brought you the documentary "Beyond Hollywood: The Wild Untold Story of Ozploitation" is a busy man these days. He's already pitching his next documentary on scream queens entitled "Machete Maidens Unleashed" as well as announced his plans to direct a remake of 1978's "Patrick".