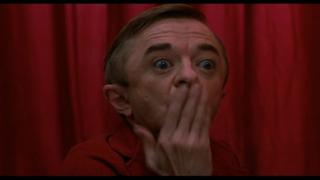 Rejoice, Nerds! "Twin Peaks" is Returning with New Episodes on Showtime in 2016