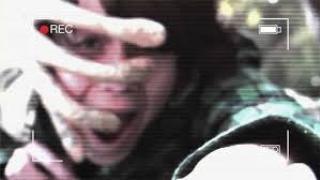 "True Blood" actress Mariana Klaveno has her sultry little eyes set on playing Lily Mubnter in the upcoming "Munsters" reboot titled "Mockingbird Lane". Problem is she's already signed a contract to play a role on the ABC series "Devious Maids", which has already been canned but may move to Lifetime. So she's all "I wanna play Lily Munster!" And they're all "but you have to do our stupid show!" And she's all "But I didn't know about the Lily Munster role when I agreed to do your stupid show!" And They're all "Too bad stupid!". That's an actual transcript.

Rumor has it that the script for "Phantasm 5" has already been completed and the project will begin filming sometime this year. Nothing has been officially announced and seeing that Angus Scrimm is pushing 90 there's a solid chance he won't be filling The Tall Mans shoes but if we all hold hands and pray then maybe we can make this happen. Let's sing a song now.

IFC Midnight has swooped in to grab the rights to "Replicas", a new home invasion flick from first time director Jeremy Power Regimbal. The movie, about a family who find themselves trapped in their suburban home after moving to start a new life after a tragic event, has yet to be given a release date but may find it's way to VOD later this year. It will also probably play in some weird crappy theater that smells like falafel and doesn't serve popcorn because it isn't eco friendly.

This sounds like a joke but it isn't. At least I don't think it is. Clive Barker, as in "Hellraiser" Clive Barker, has signed on to rewrite the script for the film "Zombies vs. Gladiators". The film, as you might have guessed, is about a group of Roman gladiators who must battle a horde of zombies after they're unleashed on the Colosseum by a aging shaman. This sounds both insane and awesome at the same time.

Throw another shrimp on the barbie my friends because it looks like the long awaited sequel to Greg McLean's 2005 Australian camper chop fest "Wolf Creek" is finally getting some funding. I haven't seen the original yet but it's currently sitting at 31 in my Netflix queue so that could change any month now. Check back for updates.

Get out your checkbook you shopaholic skanks because another "Friday the 13th" box set is on its way on October 8th. Much like every other set you've paid for this one will only include the films up to 8 but unlike the others it'll feature hockey mask packaging, collectible booklet and be limited to only 50,000 copies. Sorry about the skank comment.

The feel good hit of 2009 "Dead Hooker in a Trunk" is finally finding its way to VOD on August 3rd thanks for the fine people at IFC Midnight. For those of you not familiar with the family friendly hit it tells the tale of four friends whose plans for a fun night out get ruined when they discover a... wait for it... dead hooker in a trunk. Are you as turned on as I am right now? I'm sorry again about the skank thing.

If there is one movie that people have been demanding and begging for it's "Ghost Rider: Spirit of Vengeance", the sequel to the 2007 Oscar snubbed comic book adaptation staring Nic Cage. Well now the movie is in the works and today we've got our grubby little paws on a gaggle of new images from the soon to be classic. Man it's been the hottest news day ever today, hasn't it? 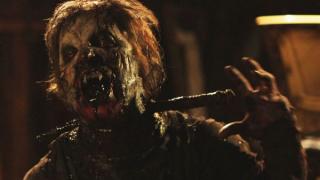 IFC bolsters its new genre banner IFC Midnight as it snatches up the Mexican cannibal flick "We Are What We Are". The movie was a hit at the recent Cannes Film Festival and is labeled as being like "Let the Right One In".

How's this for an odd tie-in? George Romero will be releasing "Survival of the Dead" on the Playstation Network a few days before its theatrical debut on May 28th. What better way to watch it on the PSN than with your own PS3 Slim signed by Romero himself!