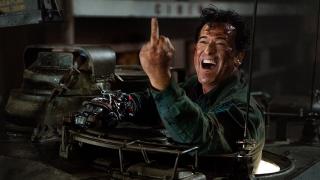 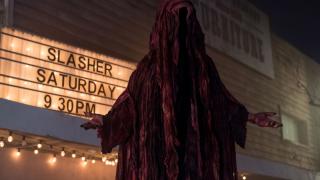 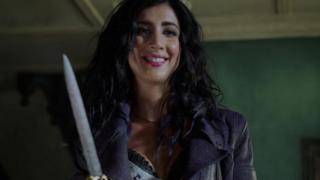 Ash vs. Evil Dead - "Tales from the Rift" 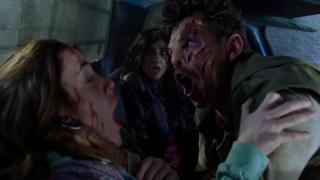 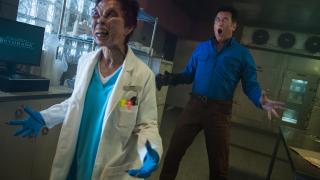 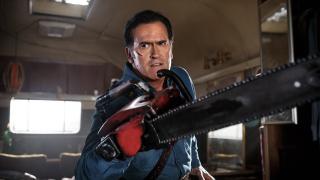 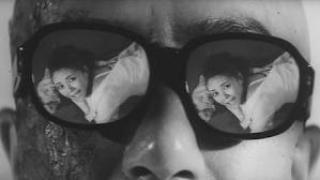 Find out what Joe really thinks about Miley Cyrus...

I'm pretty sure now that I've read "The Hunger Games" I'll be getting my "special visitor" any day now but god damn if I'm not excited about the big screen adaptation of the book. I mean look at this new fake nail polish ad with Elizabeth Banks all prettied up. Just look at it. I've never been more ashamed of myself.

Andrzej Bartkowiak directed the movie "Doom", which was based on a video game and was awesome. If you think it was terrible then I think you're terrible. Sorry I have to be so harsh around the holidays. The reason I'm letting you know all this is Bartkowiak has now been tapped to direct a new film titled "Beneath the Deep", a new film about a group of travelers trapped in the Caribbean with some locals who see them as intruders. Sounds like my in-laws! But seriously folks, what's the deal with airplane food?

Sam Raimi is directing "Oz: The Great and Powerful" so it was pretty much a no brainer that Bruce Campbell would pop up in the film somewhere. But then Bruce took to the tweets and said he wasn't going to be able to be in the film. But now, now it looks like he is because in a recent interview he said he shot a small but pivotal scene in the film. More on this developing story as it unfolds.

"The Darkest Hour" comes out on Christmas and I've explained the plot so many times in the news that if you don't know it by now then you don't read this every day and there's a good chance you're not reading it now so I'm not sure why I'm even typing this. Here's a new clip from the film where a reporter gets all blown up and crap. Thank you for your business.