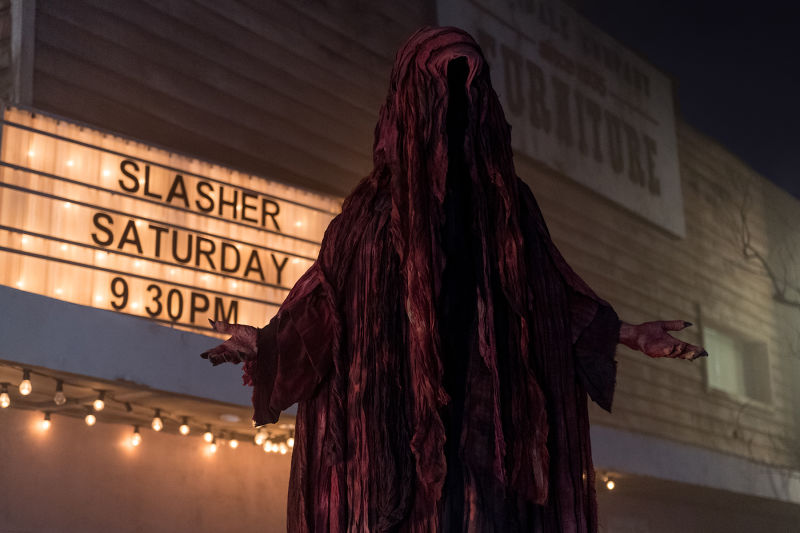 It has been an emotional few weeks, folks. After my last recap I was feeling for the very first time that Ash vs. Evil Dead might be slowing down and getting old, just like it’s groovy protagonist. When they released “Rifting Apart” the following week, though, I felt like the powers that be at Starz had heard my cry! Ash went into the rift and we got to see Brandy, Kelly, and even Dalton. Ash was able to save Brandy, thereby giving the show another chance to flesh out her character and her relationship with Ash, her until recently estranged dad. Kelly couldn’t come back through the rift with them, but surely that would be solved by the end of the season. I was feeling good.

We cannot go any further without addressing the proverbial elephant in the room. Last week, news broke that Starz would be cancelling Ash vs. Evil Dead, a show that boasts an 8.5/10 on IMDB and a 99% on Rotten Tomatoes. And yes, we all know that these metrics are flawed, but this is a bummer none-the-less. It seems that the folks who are watching Ash are enjoying it, it may just be that there aren’t enough of us. The killing blow to many came a few days later, when Bruce Campbell tweeted that he is retiring as Ash.

It was with this knowledge in hand that fans went into what they now knew to be the penultimate episode of Ash vs. Evil Dead, “Judgement Day”. It’s an episode that gives us a lot of “finallies.” We finally get to see how the book was made, although after watching Ruby make a new page I’m not sure I needed that one. We finally meet the Dark Ones. We finally see Ruby get her comeuppance. But this episode seems to largely exist to set up where we would be going had the show not been cancelled, and that appears to be a very post-apocalyptic place.

After taking care of Kya and Ruby, the Dark Ones turn their sites on the world. After what I can only assume were thousands of boring and mind-numbing years in captivity, they’re ready to bring about destruction and mayhem. It is in this way that the show has busted the established world wide open, just in time to close, presumably in an incredibly unresolved way. But just like Ash we’ll soldier on. With potato chips and beer in hand we’ll race blindly into the fray because that’s all we can do.