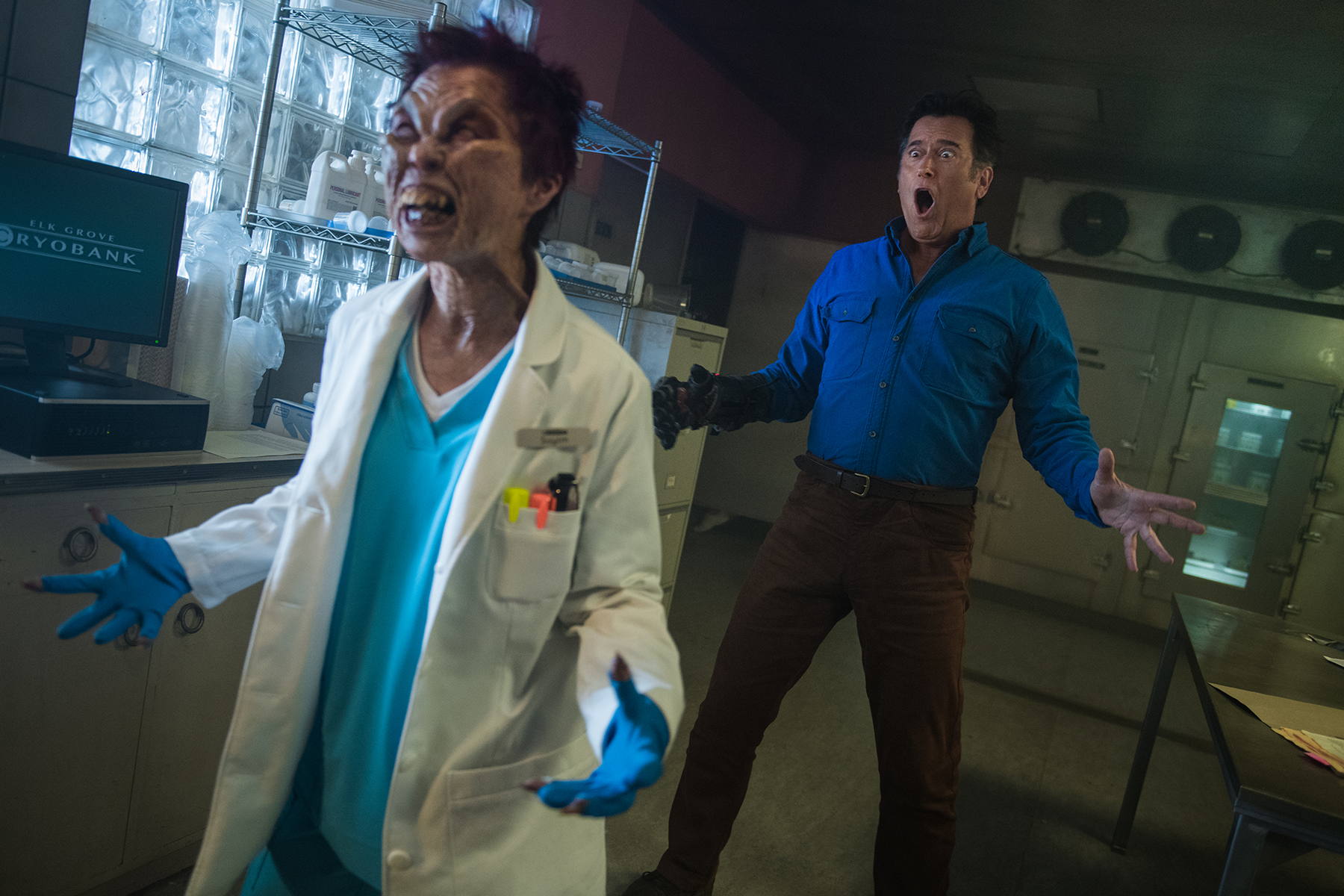 In its short run time, Ash vs. Evil Dead has had its fair share of memorable set pieces. Like the films that came before it, this show is at its best when it’s gooey and when the effects are practical. While it’s been far from perfect, the television series has been able to deliver these things in spades.

Booth Three puts all the cards on the table and apperas to set the season’s roadmap. After performing some ancient Sumarian rituals at the close of our last episode, Ruby has made herself pregnant and now we see the fruits of her labor born, literally. This demon baby, we learn, is descended from Ash, and she plans to have her son succeed Ashy Slashy as the prophesied one. Much like ever Scooby Doo villain though, she has to deal with some meddling kids first.

Getting rid of Ash’s seed doesn’t just mean his darling daughter Brandy that he (and the audience) just learned about last episode. On the contrary, it is so much bigger than that. This is where we get a set piece that will surely be remembered. When Ash, concerned about his progeny, makes his way to the local sperm bank to find out if he has other children, Ruby’s dark forces are way ahead of him. What ensues is a crazy fight scene set to A-ha’s “Take On Me” in which Ash fights with a porn-mag come to life and a Deadite doctor. We even get a great Jason X homage to boot!

At the close of the episode we may have an idea of where we’re headed, but with Ash vs. Evil Dead there is never really any way to know what will happen along the way and that is half the fun!