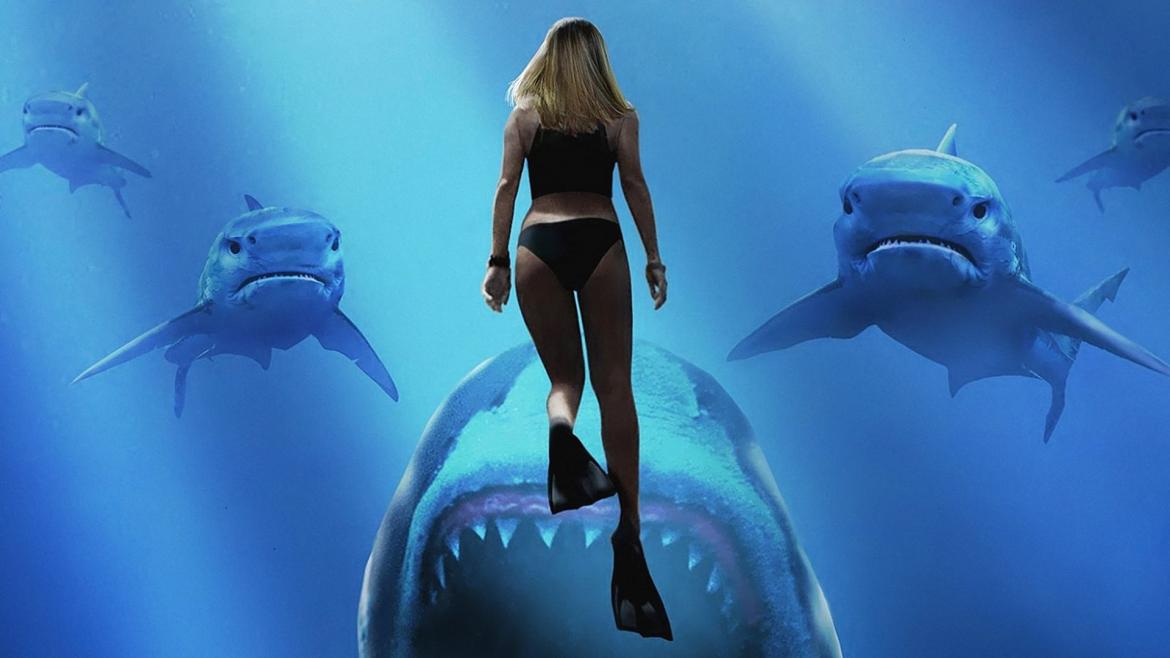 Deepest, Bluest, My Hat is like a Shark’s Fin. This was the rallying cry of a generation defining genre picture. You may think I am being facetious, but I want you to really tell me about a movie that is about sharks that is not Jaws. Sharknado (2013)? 47 Meters Down (2017)? Shark Exorcist (2015)? No, you first thought Deep Blue Sea (1999). Maybe The Shallows (2016), which featured a bold performance by Lady Gaga.

Deep Blue Sea 2 (2018) is another sad remake-quel of Deep Blue Sea (1999), a film that people liked because they saw it 82 times on TBS Superstation (TM & ©2019)… and because Samuel Jackson does a monologue about how fast ice is? However, if I am being earnest, the original is definitely so bad it is good. The original is in fact so competent that The Meg (2018) reused the characters.

Deep Blue Sea 2 wants that so badly. As a direct to video film it asks us to judge it less harshly; to ignore the lack of famous actors, the lack of visual effects, and the lack of budget. It gives us some laughs at the expense of the production, but it never goes broad enough to wrap around into something truly entertaining.

The story follows Dr. Misty Calhoun (Danielle Savre) a shark conservationist, and totally not the second gym leader in Pokémon, and another billionaire altering shark brains, this time to control them. The alpha shark Bella (played by bad CGI) is acting strange and it turns out she is pregnant. Hijinks ensue as the shark pups make lion sounds as they attack the various people in the underwater facility, which is called the Akhelios facility; I clocked that obvious Greek mythology reference.i

When some sharks stop moving, they die. This film stops moving often. It is very slow throughout detracting from the glorious moments of comedic gold (Spoiler Alert: The eavesdropping shark is a highlight). The film is a spiritual sequel in that none of the settings, characters, or sharks return from the first film. This movie would really benefit from a cameo by LL Cool J… a phrase no one thought they would hear. The action is sparse, and they recreate a lot of scenes from the original, but in a less suspenseful or interesting manner. I would suggest only watching it if you want to laugh at something once every 25 minutes for an hour and a half.