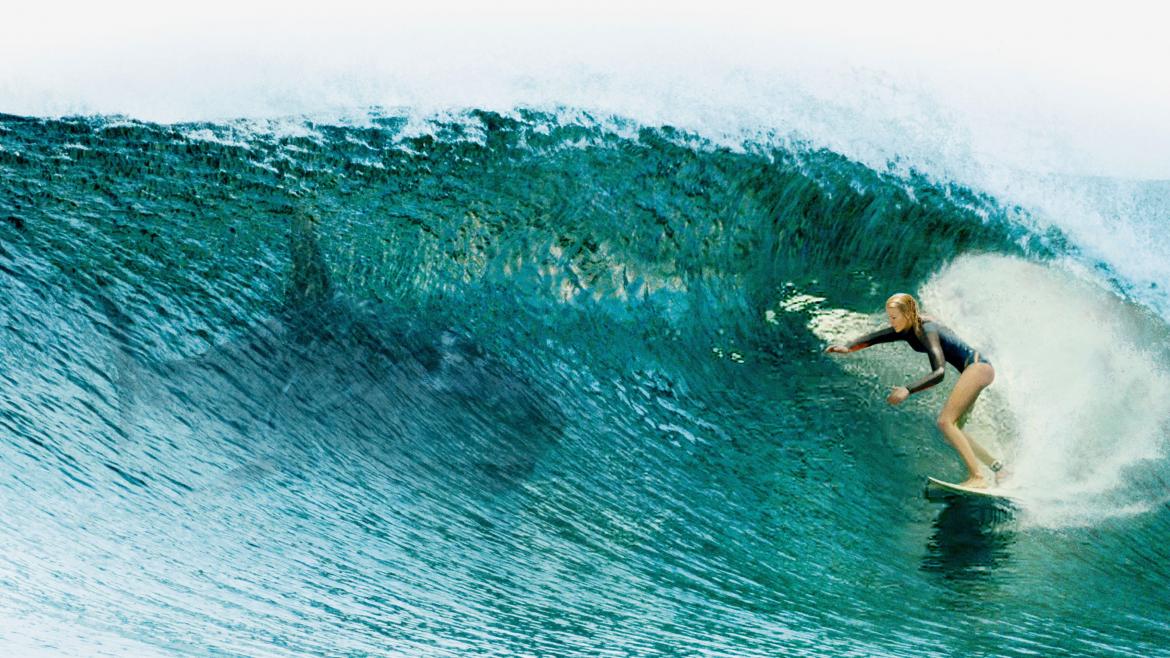 Over the years, it seems that just about anything with “shark” in the title is guaranteed to get greenlit - the more absurd the premise the better. From Ghost Shark to Sand Sharks and even Snow Shark: Ancient Snow Beast there seems to be no shortage of movies purporting ridiculous scenarios in which a person may find themselves face to face with one of the planet’s apex predators. From Shark Week to Sharknado, it is a wonder that anyone has any attention span left for new shark joints, but we do!

The newest entry into the totally chummed waters is 2016’s The Shallows, which follows Blake Lively as an ex-medical student who has ventured to a secluded beach in Mexico to surf and feel close to her recently deceased mother. When Nancy (Lively) finds the secret beach, she calls to tell her sister that it is just as beautiful as she had imagined, and the waves are even better, and apart from the two local surfer dudes who show off and flirt, she’s really on her own. Catching one last wave before she calls it a day, Nancy stumbles upon the carcass of a dead whale and unwittingly wanders into the hunting grounds of the largest great white shark in human history.*

After the shark knocks her off her board and attacks her, Nancy is able to retreat to a nearby outcrop of rocks that sits several feet above the waves at low tide, but becomes completely submerged when the tides come in. With her blood in the water and the shark circling, she's a sitting duck (bird pun intended). It’s a pretty interesting premise, stranded on the rock within two hundred yards of shore, she is still exceptionally alone and very much in danger.

Much like the almost nonsensical tide (whose water levels cover and uncover the rock without too much apparent connection to lunar cycles) the film is able to deliver on its premise only in fits and spurts, and never with much of a pattern. The story is an interesting one and Blake Lively gives it all she’s got - particularly in an attack scene where all we have to go on are some sound effects and her reactions - but the directing is relatively weak. There are an upsetting number of shots that clearly exist just to showcase Lively’s posterior that do a great deal to undermine even the small modicum of seriousness that this movie and its heroine seem to be shooting for. The film also leans on social media to fill us in on story details in a way that is confusing. Instagram photos swipe across screen in a really distracting manner as does the face of Nancy’s digital watch. Both of these things feel like a lazy delivery system for information that might be more meaningful if delivered in another way.

As far as summer shark blockbusters go, however, this is a pretty decent one. The CGI effects on the shark are pretty solid, which puts this movie leaps and bounds above many of its competitors without even considering the cast, directing, or screenplay. Blake Lively is charming to a fault, even when she is acting across from a super sassy seagull for a sizeable chunk of the film’s runtime, and the film does a pretty good job of establishing the survival skills that she does use.

At the end of the day, we love a good monster movie and there are few things scarier than a monster that exists in our world with us. No matter what that statistics say, a shark looks scarier than a falling coconut (which is more likely to kill you, by the way) and I think the odds are good that we’re not getting a killer coconut movie anytime soon.

*This is not a plot point but come on, you saw that thing!