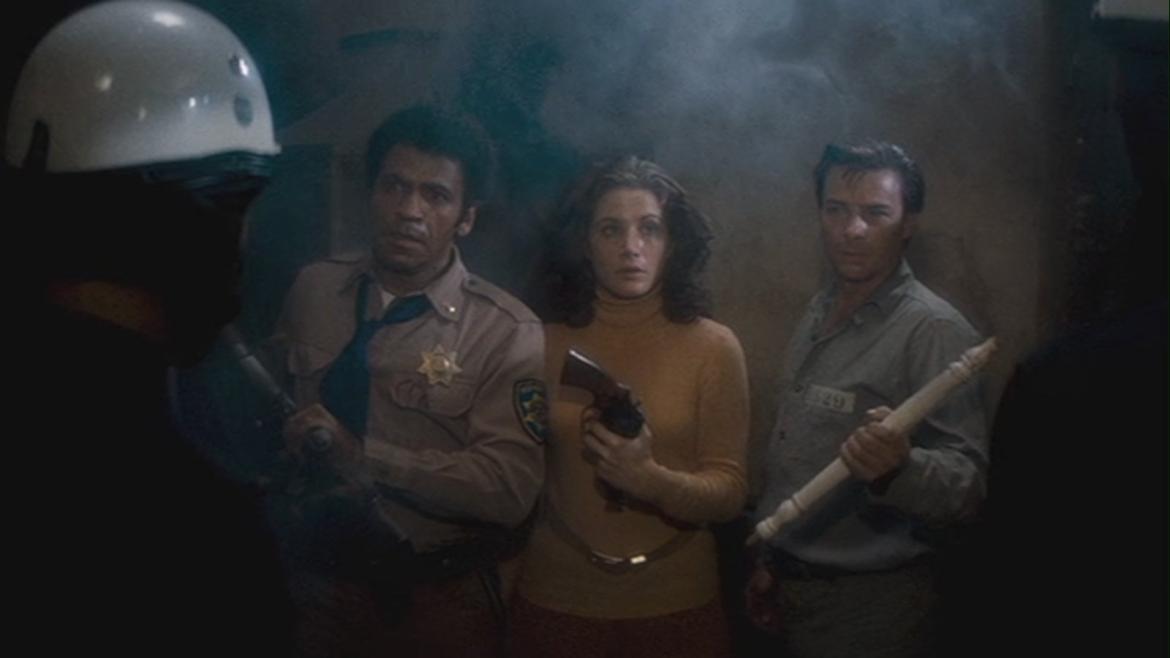 At this point it seems a bit unnecessary to lavish praise upon John Carpenter. He's directed so many seminal works (and, given, a few clunkers) that even the most cynical viewers would be hard pressed to diminish his contribution to the world of film. Assault on Precinct 13 is his first film, and generally gets passed over in discussion in favor of his better known films, but his ability to make a low budget film into something more is already evident here.

In Assault on Precinct 13 a group of unlikely cohorts find themselves fending off a siege by a seemingly unstoppable horde of gang members from inside an abandoned police station.

It's hard not to see the influence of Romero's Night of the Living Dead on Assault on Precinct 13. Move Romero's farm house setting to an urban environment, and, in turn, replace the zombies with gangbangers and you've got the basis of Carpenter's film. There's so much to the craft of what Carpenter does that goes beyond the generalities of his films though. As with Halloween, Assault on Precinct 13 brings horror home for modern audiences. Sure, zombies are scary, but for audiences in the 70s, gang violence was beginning to potentially be viewed as a real world threat, even if they had no actual reason to believe that the kind of organized assault seen in the movie was something that would ever happen. This ability to make the threat "real" is something that is common to most of Carpenter's horror work.

Carpenter also establishes his ability to walk a fine line between exploitation and elevated here. The film's first death, for example, is still likely to shock to this day. The build up to the event will have many viewers with that rare sense of, "They wouldn't... would they?" Of course, since it's Carpenter, they would and, in fact, do. But the film's exploitative nature doesn't prevent it from being apparent that Carpenter cares about the craft of filmmaking. Things look decidedly 70s, and low budget 70s at that, but the camera work is on a different level than most low budget films of the period; Carpenter is an expert at getting the most out of what he has available.

What he accomplished on his first directorial outing may actually be the best example of that of all.