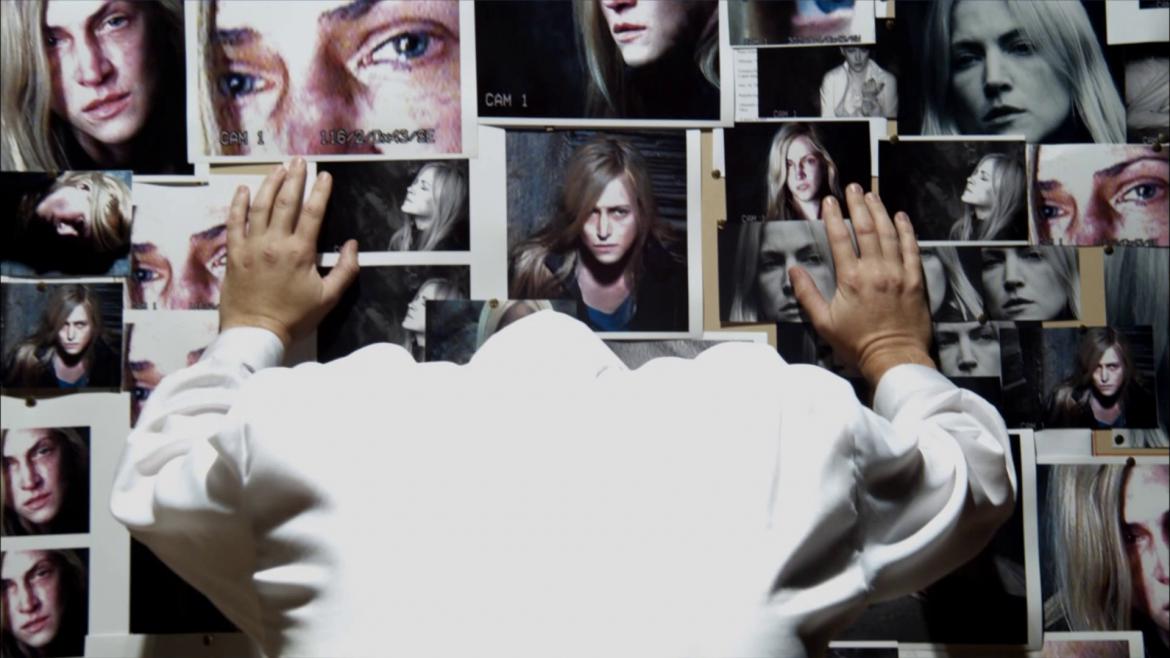 I’ll confess, I was not expecting much from “Hunger.” It is a “Fangoria Frightfest” film and most of those that I’ve seen have been just awful. So “Hunger” sat in my film queue for months and I kept skipping over it for something seemingly more interesting. After finally seeing it, however, I came away somewhat surprised. There are some pretty major flaws, but “Hunger” has its moments. In fact, I can pleasantly report that it’s not the worst way to spend 101 minutes. How’s that for a ringing endorsement?

The movie’s first few minutes look just like so many other “Saw”-type movies. Five strangers wake up in a pit with no memory of their abduction and no way out. There’s water to last them months but no food, and a timepiece on the wall that counts down to 30 days. Then one of them finds a scalpel, and it dawns upon them what they’re in for.

And, well, that’s about it. Most of “Hunger” is set entirely within this tiny pit as the five prisoners try to figure a way out, and they go from sensible to insane to murderous. And we see their mysterious captor (named in the credits only as the “Scientist” and played by Bjorn Johnson) sitting in his room and watching them through a series of cameras, to see when they get so hungry they’ll consider cannibalism to stay alive.

We get to know the five prisoners but unfortunately there’s not a lot to know. The characters are barely more than stereotypes. Main prisoner Jordan (played by Lori Heuring) is a sensible woman who wants to reason her way out. The others trapped with her include a frightened woman who wants to cringe in the corner and cry, a contractor who wants to get back to his daughters, and a “loose cannon” just out of prison. Haven’t we seen all these types before? It is unfortunate screenwriter L.D. Goffigan didn’t give the characters some additional depth.

The plot also could have used some work. We see a little the Scientist’s backstory to understand why he would be interested in making these people suffer, but Goffigan could have fleshed this out better. In addition, some plot points are dropped throughout the film and never picked up again.

The biggest flaw with “Hunger,” however, even more than weak characters or plot holes, is the length. At 101 minutes, it is probably about 20 too long. Some scenes feel like a chore to get through. Director Steven Hentges could have easily cut down scenes (or cut some out entirely) to make this a much more effective thriller.

Okay, I’ve said a lot of negative things about “Hunger,” but at the end of the day I would still kinda recommend it. The core idea of this film is an intriguing one. How far would someone go if they were faced with starving to death? There is real tension as we see the group completely break down and lose much of their humanity. It probably wouldn’t surprise you that someone eventually dies, and someone (perhaps even a few people) decides to dine on the corpse. The gore scenes are good, even if most of the truly gruesome stuff is off camera.

“Hunger” isn’t a great film, I wouldn’t even call it a good one. It’s not completely without merit, however, and there are far worse things out there.