Freddy Krueger announced as a downloadable fighter in Mortal Kombat!

If you're like me and had a Super Nintendo or Sega Genesis then when you were a kid then you probably owned the game "Zombies Ate My Neighbors". So you're going to be super excited that there's going to be a movie made out of the game. You're then going to also think back to how you were overweight, had acne, wore way too many Metallica t-shirts and couldn't get a girlfriend until college. It's OK to cry, I am.

For those of you giddy about "The Walking Dead" then you're probably going to waddle your chubby ass to the store on march 8th when Season 1 hits DVD and Blu-Ray. Well put down the McRib fat ass and enjoy this new DVD trailer in honor of the release. I have no idea why I'm calling everyone fat, I've run out of other sarcastic things.

If there's one thing that's a good time it's making fun of people who World of Warcraft, sorry Erin. But now Undead Labs has teamed up with Microsoft to build a new zombie franchise game that will be available on Xbox Live for the Xbox 360. The game will allow gamers to play out their sickest fantasies of what they would do in a zombie apocalypse. They're currently calling the game "Class3" but I assume that will change by the time it comes out.

As much as it pains me to keep talking about "Drive Angry" I just can't stop. Here's a new NSFW video for the film that literary has a half a second shot of boobs for no reason whatsoever other than to make it a NSFW clip. "Not Safe For Work"? More like "No Stupid Freakin Way"! I'm still working on it. 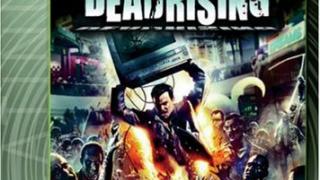 Some rumors this morning around everyone's favorite ghost fighting franchise. Word has it Peter Venkman and Dana Barrett's love child will play a large role in the upcoming "Ghostbusters 3" film. Why the hell not, I'm sure it will be the focus of "Ghosthumpers 3" also.

A new clip for the upcoming trapped in an elevator thriller "Devil" has found its way online. It's full of blood, horror and suspense. But you'll probably only pay attention to the last 2 seconds where you see down the girls shirt. You're so predictable.

Muscle cars and zombies in Vegas you say? I'm pretty sure the creators of the new Xbox 360 game "Blood Drive" are listening in on my drunken rants, but I couldn't be happier. The game sounds awesome. 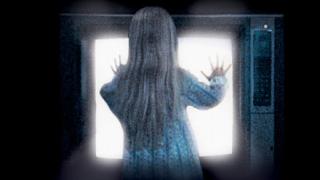