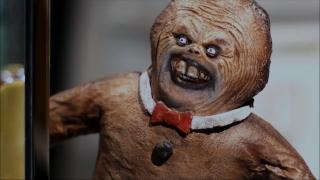 The premiere we've all been waiting for is finally here my friends! Yes of course I speak of Rob Zombie's Woolite commercial and much to my surprise it looks like... well if Rob Zombie did a commercial for a laundry detergent. Shocking I know. Look for our podcast on the commercial coming in the next few weeks.

Looks like the good people behind the upcoming flick "Mansion of Blood" don't have nearly as much patience as the folks behind "The Gingerdead Man" films because they just shit canned Gary Busy from the lead role. Apparently Busy had already filmed about half of his scenes but his pain in the assness became too much and he was booted.

I love me some Guillermo Del Toro but I swear to Jesus if you break up "It's Always Sunny in Philadelphia" there will be hell to pay. Rumor has it that Del Toro is in talks with Sunny's Charlie Day to play a role in his upcoming monsters attack earth flick "Pacific Rim" which is set for a 2013 release. Then again there's a new season of Sunny coming out in between then and if it sucks like the last one did then he can go ahead and do whatever the hell he wants.

99% of horror comedies are neither funny nor scary and guess what folks, the upcoming Halloween romp "Fun Size" will not break the mold. How do I know this? Because Chelsea Handler has just been cast in the movie and she's not funny. If you think she is you're wrong and I'm sorry. Just because she's kind of pretty and swears a lot doesn't make her hilarious. Trust me, I pay $75 a ticket to watch her talk about diddling herself for an hour at Radio City Music Hall and I didn't crack a smile once. You drop $150 bucks and all of the sudden a goofy smile and low cut shirt isn't so funny. Learn from my mistakes! 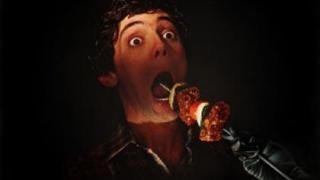