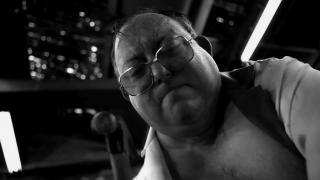 Good news UK fans, on Halloween night you can finally get the chance to see "Paranormal Activity". It will only be Midnight screenings that night, with a wide release planned for November. Then the film will roll out in other parts of Europe and Latin America following that.

Al Snow stars in slasher film. If you don't know who that is, you probably won't care. Move along.

Eminem to make horror anthology called "Shady Talez". You might as well fill out your Razzie cards now.

"Hellraiser" remake to be shot in 3D. All hope I had for this project pretty much just went out the window.

Ti West says "Cabin Fever 2" isn't really worth seeing. And he's the director, so that's probably not a good thing.

"Paranormal Activity", a film shot entirely from the POV of security cameras in a couple's haunted home, has been given an R rating by the MPAA. No word on release date yet, but this one has been gaining buzz on the festival circuit for a while now, so hopefully we'll hear more soon.

Check out the creature from "Pandorum" in this clip from the film, which gets released September 25th. I haven't heard a lot on this in terms of quality, but it looks highly solid to me.

Jamie Chung and Jena Malone sign on to Zack Snyder's ("300", "Watchmen") next film "Sucker Punch". The film is set in the 50's, and follows a young woman unfairly thrown into a mental institution by her "wicked step-father", who imagines an alternate reality to hide from the pain. She then plans to escape the imaginary world, but has to steal five objects first, all while avoiding being caught by "a vile man". Whoa, I have no idea what that means but it sounds awesome.

Dimension films picks up "Kristy". The film is being compared to "The Strangers" and "Last House on the Left", and deals with a deserted college campus being besieged by a group of violent intruders.

Finally, after months of hearing about mundane, meaningless scoops from the set of Rob Zombie's "H2", comes word that we'll be seeing a trailer on Youtube this Friday. Rest assured we'll be on it when it lands.

Jonathan Skaech is highly positive about his "From a Buick 8" script, and says that Stephen King (the original author of the book) loves it. Unfortunately because of the economy, financing any film is difficult right now, but he hopes that it will go in front of cameras this fall. As for stars? He claims they "are going after big names right now". Hopefully we'll hear some more news about this adaptation soon. 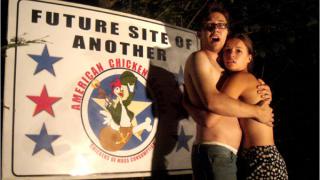 We take a much needed vacation to Tromaville and review Lloyd Kaufman's latest ode to scatological humor.