night of the creeps 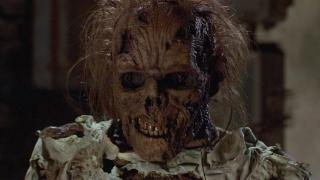 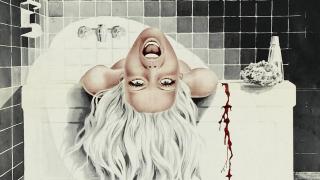 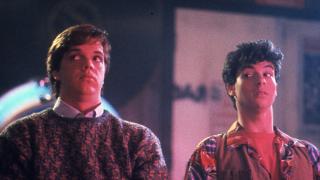 "Ju-On" 5 and 6 are on their way stateside. Not sure what they're about? Watch the other 4, that should give you a pretty good idea.

If ever there were a series made for a hollow gimmick like the new 3D technology, it's definitely "Saw". You'll find quotes from one of the Producers on how the development process for the next film is going, and the ways they're trying to utilize the 3D at the link.

Check out all the entries for the "Instant Films 48 Hours Film Festival". Among the entries you'll find a film called "Shut up! I Said Shut Up!", by "Alien Raiders" director Ben Rock.

Hammer is venturing into the horror novel market.

A ton of sneak peak videos from the "Night of the Creeps" DVD. Fred Dekker's 80's classic finally comes home to your collection in a few weeks.

Video game geeks the world over cried out loud when news came awhile back that Gore Verbinski was no longer attached to the big screen "Bioshock" adaptation. Fear not, because Universal has announced that the movie is still moving forward. "28 Weeks Later" Director Juan Carlos Fresnadillo has now been tasked to bring the underwater spook fest to life.

Jeff Gentry, director of 2007's indie horror darling "The Signal", has been given the reigns to MTV Films' "My Super Pyscho 16". While there are no details available for the film, it is said to be a slasher, and judging from his earlier film, Gentry should be up to the task.

Cover art for the upcoming "Night of the Creeps" DVD and Blu-ray has hit the streets and they're different for each format! One looks cool, one looks rushed, you be the final judge!

WOW, I'm excited that Amazon is allowing us to vote on potential covers for the "Night of the Creeps" DVD, but these are three of the worst covers ever made... for ANYTHING. Seriously, with all the amazing original cover art, how the hell did this happen?

New film called "Dances With Werewolves"... I see what they did there.

Jackie Earle Haley signed on for three "Nightmare on Elm St." films. This could either be really great or really terrible... depending on how things turn out.